A Timeline of the Women Who Changed America

An illustrated celebration of the contributions of women to American history highlights the accomplishments of more than nine hundred individuals from all backgrounds and philosophies.

A revolutionary new book traces the origins and history of black theology from slavery through Malcolm X and the present. Original.

The Trials of an American Prosecutor

A look inside the Nuremberg trials profiles William Denson, a U.S. Army attorney assigned to prosecute Nazi war criminals, who risked his Army career to prevent the clandestine reversal of Nazi sentences due to the Soviet threat.

Presents a masterful new translation of the classic handbook of statecraft and political philosophy, written four centuries ago by an Italian nobleman, that offers important insights into the nature of leadership and recommends guile and craftiness to attain and maintain political power. Original.

The Much Too Promised Land

Drawing on his role as a Middle East advisor, as well as on interviews with diplomats, heads of state, and decision-makers on both sides, the author offers a thought-provoking look at efforts to broker peace between Israel and its Arab neighbors; tackles complex issues of history, religion, culture, domestic politics, national security, and foreign policy; and offers practical solutions for the future. 75,000 first printing. 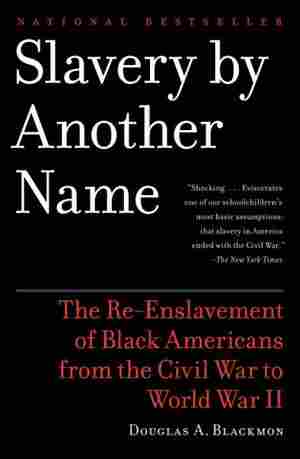 Slavery by Another Name

by Douglas A. Blackmon

Reveals how, from the late 1870s through the mid-twentieth century, thousands of African-American men were arrested and forced to work off outrageous fines by serving as unpaid labor to businesses and provincial farmers.

Looks at the life and career of the first African American woman cartoonist.

Why Women Should Rule the World

The author relates her experiences as the White House press secretary during the Clinton administration, and explains how women can make positive contributions to politics and the global community.

My Fight Against Anti-semitism

by Edward I. Koch and Rafael Medoff

The outspoken former mayor of New York City describes his life-long battle against anti-Semitism and its influence on campus, in the media, on the streets of New York, and in Washington, in a collection of interviews, letters, and speeches that span his political career. 30,000 first printing.

The Man Who Pushed America to War

The Extraordinary Life, Adventures and Obsessions of Ahmad Chalabi

Presents the life of the Iraqi exile, mathematician, and convicted felon, arguing that it was Chalabi's desire to oust Hussein, and the lies he told to the Bush administration to further that aim, that led to the war in Iraq.

A Crime So Monstrous

There are more slaves in the world today than at any time in history. In this account of contemporary slavery, journalist Skinner travels around the globe to personally tell stories that need to be told—and heard. With years of reporting in such places as Haiti, Sudan, India, Eastern Europe, The Netherlands, and, yes, even suburban America, Skinner has produced a moving reportage on one of the great evils of our time. After spending four years infiltrating trafficking networks and slave sales on five continents, he tells the story of individuals who live in slavery, those who have escaped from bondage, those who own or traffic in slaves, and the mixed political motives of those who seek to combat the crime. Their stories are heartbreaking but, in the midst of tragedy, readers discover a quiet dignity that leads some slaves to resist and aspire to freedom.—From publisher description.

The Book of Vice

Very Naughty Things (And How to Do Them)

The host of NPR's "Wait Wait . . . Don't Tell Me" presents a tongue-in-cheek evaluation of the culture of vice and excessive misbehavior, offering insight into the appeal and rewards of taboo hobbies and furnishing advice on how to indulge in covert activities while retaining one's dignity if discovered. Reprint. 30,000 first printing.

Providence, Politics, and the Birth of Religious Freedom in America

Traces the origins and history of religious freedom in America, looking at the role of religion in the early republic, the separation of church and state, and how the beliefs of the Founding Fathers affected the battle for religious freedom.

A Year in the Life of an Inner-City Neighborhood

by David Simon and Edward Burns

The creator of the TV series Homicide and a former police detective spend a year with a broken family in a section of Baltimore plagued by drugs and crime to illuminate the plight of urban America. Reissue. TV tiein. (6part HBO drama, airing April 2000)