Voices That Shaped the Abortion Debate Before the Supreme Court's Ruling

by Linda Greenhouse and Reva Siegel

Examines the roots of the Roe v. Wade conflict, reconstructing the pro-choice and pro-life movements, and recovering the voices that shaped the Supreme Court's decision.

The best-selling author of Overthrow outlines a vision for rebuilding America's strategic partnerships in the Middle East, proposing specific recommendations for alliances with Iran, Israel, Saudi Arabia and other candidates while citing the examples of historical figures. 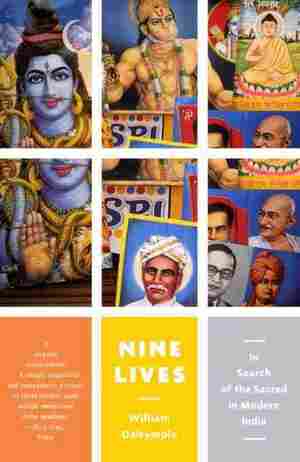 In Search of the Sacred in Modern India

Examines how traditional religions are observed in present-day India through the experiences of such individuals as a Tantric practicing middle-class woman from Calcutta, a prison warder from Kerala who is worshipped as an incarnate deity, and a Jain nunwho watched a friend ritually starve.

Empire of the Summer Moon

Quanah Parker and the Rise and Fall of the Comanches, the Most Powerful Indian Tribe in American History

Describes the actions of both whites and Comanches during a 40-year war over territory, in a story that begins with the kidnapping of a white girl who grew up to marry a Comanche chief and have a son, Quanah, who became a great warrior.

Synopsis: Tom Bissell is a prizewinning writer who published three widely acclaimed books before the age of thirty-four. He is also an obsessive gamer who has spent untold hours in front of his various video game consoles, playing titles such as Far Cry 2, Left 4 Dead, BioShock, and Oblivion for, literally, days. If you are reading this flap copy, the same thing can probably be said of you, or of someone you know. Until recently, Bissell was somewhat reluctant to admit to his passion for games. In this, he is not alone. Millions of adults spend hours every week playing video games, and the industry itself now reliably out earns Hollywood. But the wider culture seems to regard video games as, at best, well designed if mindless entertainment. Extra Lives is an impassioned defense of this assailed and misunderstood art form. Bissell argues that we are in a golden age of gaming-but he also believes games could be even better. He offers a fascinating and often hilarious critique of the ways video games dazzle and, just as often, frustrate. Along the way, we get firsthand portraits of some of the best minds (Jonathan Blow, Clint Hocking, Cliff Bleszinski, Peter Molyneux) at work in video game design today, as well as a shattering and deeply moving final chapter that describes, in searing detail, Bissell's descent into the world of Grand Theft Auto IV, a game whose themes mirror his own increasingly self-destructive compulsions. Blending memoir, criticism, and first-rate reportage, Extra Lives is like no other book on the subject ever published. Whether you love video games, loathe video games, or are merely curious about why they are becoming the dominant popular art form of our time, Extra Lives is required reading.

The #1 best-selling author of The Perfect Storm offers an on-the-ground account of a single platoon during its 15-month tour of duty in the most dangerous outpost in Afghanistan's Korengal Valley.

A History of American Hubris

Chronicles three examples of flawed U.S. foreign policy that led to unwise and misguided military actions, describing how World War I, the Vietnam War, and the Iraq War, each intended to remake the world according to the views of America's leaders, instead resulted in tragedy.

Chronicles World War II's pivotal deception by two British naval officers who successfully fed false intelligence to the Nazis about where Allied forces were planning an attack in southern Europe. By the author of Agent Zigzag. Reprint. A best-selling book.

The Inside Story of the Company That Is Connecting the World

An insider's history of the online social network traces the collaborations and conflicts among its founders, the personalities that shaped its development, and the ways in which the site has become an integral part of contemporary culture.

The Medical Science of House, M.d.

Provides an informative study of the real-life medical science behind the diagnostic mysteries presented on House, M.D., revealing how medical sleuths actually work and how they follow symptoms to their source while examining each case in detail. Original.

Hoover Dam and the Making of the American Century

Details the construction and lasting impact of the Hoover Dam, highlighting its role as a symbol of resiliance in the depths of the crisis of the Great Depression, and discussing the contributions of the politicians, designers, and builders responsible for the project.

From Pawnshops to Poverty, Inc. - How the Working Poor Became Big Business

Delivers a shocking look at the under-reported poverty industry, which aims to mine the thin wallets of the country's poor through such ventures as subprime loans, pawn shops, check-cashing businesses, instant tax refunds, payday loans and more. By the author of Drive By. 40,000 first printing. 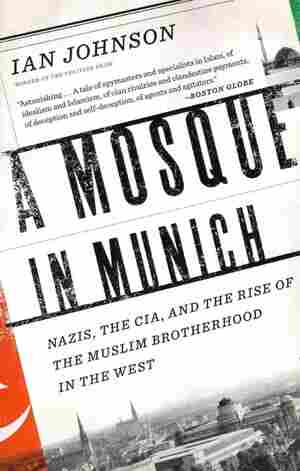 A Mosque in Munich

Nazis, the CIA, and the Muslim Brotherhood in the West

Traces the author's investigation into the origins of radical Islam's presence in the western world, describing the defection of ex-Soviet Muslims to Germany during World War II and their establishment of a Munich-based mosque with links to key leaders and intelligence agencies. By the Pulitzer-winning author of Wild Grass.

Twilight at the World of Tomorrow

Genius, Madness, Murder, and the 1939 World's Fair on the Brink of War

The summer of 1939 was an epic turning point for America?a brief window between the Great Depression and World War II. It was the last season of unbridled hope for peace and prosperity; by Labor Day, the Nazis were in Poland. And nothing would come to symbolize this transformation from acute optimism to fear and dread more than the 1939 New York World?s Fair.

The Quest for Absolute Silence

Explores a human's true need for silence and chronicles the author's journey to find, hear, and understand silence, culminating in his trip to a nickel mine, where he spends forty-five minutes in the quietest place on earth, a place so silent it threatens to drive people mad.