The Rise and Fall of Henry Ford's Forgotten Jungle City

This never-before-told story of the auto magnate's attempt to recreate small-town America, along with a rubber plantation, in the heart of the Amazon details the epic clash between Ford and the jungle and its inhabitants, as the tycoon attempted to force his will on the natural world. By the award-winning author of The Blood of Guatemala. 40,000 first printing.

Time and the Town

A Story of Courage, Community, And War

From the perilous ocean crossing to the shared bounty of the first Thanksgiving, the Pilgrim settlement of New England has become enshrined as our most sacred national myth. Yet, as author Philbrick reveals, the true story of the Pilgrims is much more than the well-known tale of piety and sacrifice; it is a 55-year epic. The Mayflower's religious refugees arrived in Plymouth Harbor during a period of crisis for Native Americans, as disease spread by European fishermen devastated their populations. Initially the two groups maintained a fragile working relationship. But within decades, New England erupted into King Philip's War, a savage conflict that nearly wiped out colonists and natives alike, and forever altered the face of the fledgling colonies and the country that would grow from them. Philbrick has fashioned a fresh portrait of the dawn of American history—dominated right from the start by issues of race, violence, and religion.—From publisher description.A history of the Pilgrim settlement of New England discusses such topics as the diseases of European origin suffered by the Wampanoag tribe, the relationship between the Pilgrims and their Native American neighbors, and the impact of King Philip's War.

The Secret Life of a Painkiller Addict

Bringing together both the journalist's eye and the addict's mind, "Pill Head" explores Lyon's own addiction and the cultural phenomena that made pill-popping so popular, especially among the twenty-somethings of Generation Rx.

In the Footsteps of Remarkable Women

by Janet Lieberman and Julie Hungar

Women in their seventies and eighties evaluate the opportunities, choices, and accidents that marked their varied and ultimately satisfying lives, in a series of personal accounts that shares their perspectives on such topics as the era of the "silent majority," World War II, and the sexual revolution.

A Hidden Tribe, Superathletes, and the Greatest Race the World Has Never Seen

Recounts the author's experiences with the reclusive Tarahumara Indians, whose techniques allow them to run long distances with ease, and describes his training for a 50-mile race with the tribe and a number of ultramarathoners.

Looks at the life of Idina Sackville, a woman descended from one of England's oldest families, who created a variety of scandals throughout her life, including her leaving her husband and children for an adventure in Kenya.

A Guide to the Amazing Science Fiction Future that Never Arrived

The roboticist-author of How to Survive a Robot Uprising offers a whimsical look at the science behind the great inventions and technology that still do not exist, covering everything from teleportation to self-contained skycraper cities, hoverboards, and moon colonies. 60,000 first printing.

Stories of Almost Everyone

by Eduardo Galeano and Mark Fried

Presents a series of historical anecdotes and vignettes that challenge accepted views of human history and accomplishment.

A guide to assist ex-convicts in making a successful return to society discusses how to begin preparing while still in prison, finding a job, and avoiding drugs and illicit activities that could result in a return to prison.

Ernest Hemingway and His Hunt for U-boats

The Chewing Gum of the Americas, From the Ancient Maya to William Wrigley 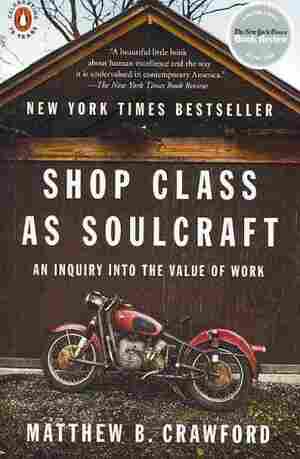 An Inquiry into the Value of Work

by Matthew B. Crawford

A philosopher and mechanic extolls the virtues of manual labor, describing how the satisfactions and challenges of creating with one's own hands promotes a sense of connection to life that office work suppresses.

What the Heck Are You Up To, Mr. President?'

Jimmy Carter, America's "Malaise," and the Speech That Should Have Changed the Country

An assessment of the events that led up to Jimmy Carter's infamous 1979 "malaise" speech places it against a backdrop of such events as the gas crisis and the Iran-hostage situation while explaining that the speech had far greater relevance than its reception reflected.