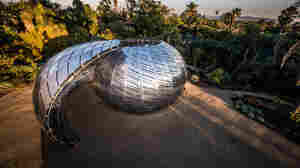 At One NASA Lab, Art And Science Share The Same Orbit

At One NASA Lab, Art And Science Share The Same Orbit 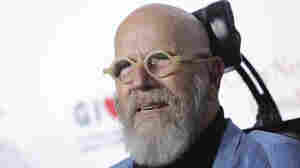 January 26, 2018 • Both artists, Chuck Close and Thomas Roma, have been the subject of recent accusations by multiple women. The museum says it is "not the appropriate time to present these installations." 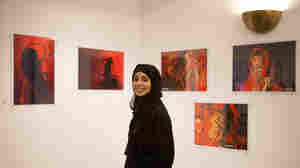 Dina Alhamrani's photos (at right) show a bride wearing a red "pre-wedding dress" and gold-leaf henna designs on her hands. "I want to tell brides never to let go of their heritage," Alhamrani says. "We have very, very vibrant colors. That's the message I try to convey. And the bride is looking at the light: That's a happy thing that she wants." Eslah Attar/NPR hide caption

'Connected To The Whole Universe': Saudi Women Artists Show Their Work In The U.S.

January 25, 2018 • The "Women's Point of View" exhibition at the Saudi Embassy in Washington, D.C., includes works of photography, motion graphics, even a design for a lightweight "running abaya" for athletes. 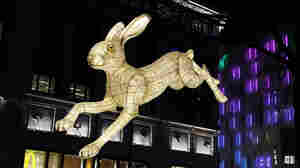 Nightlife in London's Leicester Square is one of dozens of light installations on display around the city this week. Frank Langfitt/NPR hide caption

January 20, 2018 • Winters in London can be damp and dreary, and it gets dark early. The "Lumiere London" light festival features more than 50 outdoor installations by artists from Europe and North America. 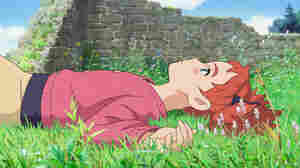 Splendid in the Grass: A young girl (voiced by Ruby Barnhill) pines for adventure in Mary and the Witch's Flower. GKIDS hide caption

With 'Mary And The Witch's Flower,' A Studio Ghibli Offshoot Blooms

January 18, 2018 • Director Hiromasa Yonebayashi, a Ghibli veteran, has made an animated film that owes a great deal to his influences yet displays skill and imagination all its own. 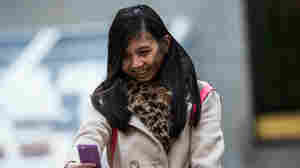 January 15, 2018 • The Google Arts & Culture app, allowing users to compare their selfies to famous works of art, took a top spot in the app store over the weekend and took over social media. 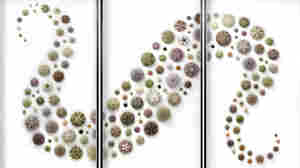 January 15, 2018 • Christopher Marley only uses specimens that have died from natural causes or been caught as fishing bycatch. Then he freeze-dries them, which is why they seem so alive in his artwork.

Russia's Underground Art Finds A Home In The U.S.

January 13, 2018 • For 50 years, an American economics professor collected dissident art from the Soviet Union. The abstract art pieces, considered nonconformist by the Soviets, have been donated to Rutgers University.

Russia's Underground Art Finds A Home In The U.S. 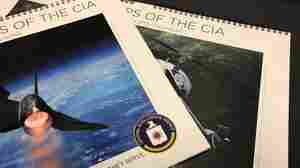 CIA Calendar Art Offers A Glimpse Into The World Of Spies

January 13, 2018 • Oil paintings on display at CIA headquarters — and therefore invisible to the public — can now be seen in a collection of wall calendars. They depict declassified missions from the agency's past.

CIA Calendar Art Offers A Glimpse Into The World Of Spies

January 11, 2018 • The punching bags hang in the gallery as apart of an interactive exhibit. Each bag bears the face of a controversial world leader. People are encouraged to punch the bags to release negative emotions. 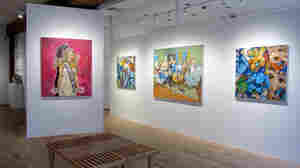 This New York Gallery Has An Unusual Age Limit: No Artists Younger Than 60

January 11, 2018 • Galleries and museums often cool to artists as they get older. Those artists keep working, but they aren't shown or bought. The Carter Burden Gallery aims to change that.

This New York Gallery Has An Unusual Age Limit: No Artists Younger Than 60 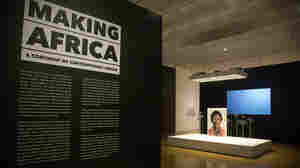 The High Museum of Art in Atlanta has worked to make diversity a priority. In recent years, the museum has seen an increase in the percentage of nonwhite visitors. John Bazemore/AP hide caption

How An Art Museum Is Reaching A More Diverse Audience

January 7, 2018 • The High Museum of Art in Atlanta has undertaken several efforts to increase the proportion of nonwhite visitors. Director Rand Suffolk tells NPR's Lulu Garcia-Navarro how they did it.

How An Art Museum Is Reaching A More Diverse Audience

January 6, 2018 • Christopher Marley sees beauty in dead things: snakes, octopuses, bugs. Other people do too — his work sells in high-end shops and has been shown in art and natural history museums.