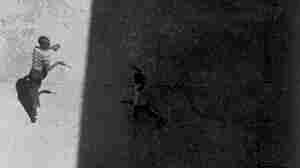 October 31, 2009 • In the 1950s, photography was hardly considered art. If you wanted to be taken seriously as a photographer, you snapped mountains and models -- not your neighbors. It also helped to be white. But Roy DeCarava, who died this week at the age of 89, turned all of that on its head. 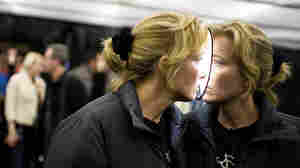 "I Wasn't Me Anymore:" Emma Thompson tours Journey, an art installation she co-created with a woman who was victimized by sex traffickers. Viewers who look through this porthole see their own faces superimposed on the bodies of woman wearing "prostitutes' weeds" — tattered lingerie and other worn, used clothing. Simon Clark/Eyebox hide caption

October 31, 2009 • Through a striking art installation, actress Emma Thompson chronicles a naive 18-year-old from a small Eastern Europe republic who was caught up in London's sex trade. Her name is Elena, and her story makes its debut in New York on Nov. 10. 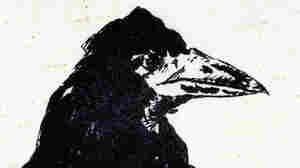 October 30, 2009 • The Halloween season has an extra chill factor in Baltimore, the adopted city of writer Edgar Allan Poe. This year, an exhibit at the city's art museum features work inspired by some of the author's scariest stories.

October 30, 2009 • The photographer, who died Oct. 27 at age 89, dedicated his decades-long career to capturing images of African Americans. Roy DeCarava's subjects ranged from daily life in his hometown of Harlem to the Civil Rights movement.

Mystery Endures: Remains Found Not Those Of Artist

October 24, 2009 • Everett Ruess, a legendary Utah explorer, writer and artist, has been missing for 75 years. Earlier this year, it seemed the cold case had been solved when human remains found in the Utah desert apparently tested positive as his. But doubts lingered, and now the mystery of the missing artist lives again.

Mystery Endures: Remains Found Not Those Of Artist

Seeing Through The Eyes Of An Armadillo

October 23, 2009 • Sam Easterson has refined the art of the critter cam. He is the curator of the Museum of Animal Perspectives — an online repository of "remotely sensed wildlife imagery." All the footage comes from cameras implanted in the landscape or strapped to the backs of animals.

Seeing Through The Eyes Of An Armadillo 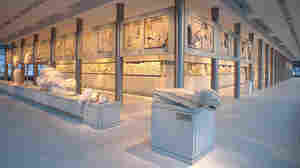 A view of the Parthenon Gallery in the new Acropolis Museum. Many of the items from the Parthenon's frieze were removed more than 200 years ago by Lord Elgin and later sold to the British Museum. Courtesy of Nikos Daniilidis/Acropolis Museum hide caption

October 19, 2009 • Two centuries ago, Lord Elgin pried sculptures off the Parthenon and took them to Britain. For decades, the main argument against the return of the marbles was Greece's lack of a suitable location for their display. The new Acropolis Museum is a stunning rebuttal. 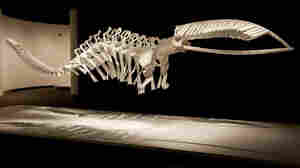 October 17, 2009 • Jungen says that one of the best ways to get people to look at artwork is to create it out of materials that they recognize. So Jungen uses everything from basketball sneakers, to plastic chairs to create work inspired by Native American culture.

October 14, 2009 • A portrait by Leonardo da Vinci may have been discovered thanks to a centuries-old fingerprint. Art collector Peter Silverman, who paid $19,000 for the painting, Profile of the Bella Principessa, on behalf of an anonymous Swiss collector two years ago, says a spectral camera penetrated the varnish, and found a print comparable to similar ones found on other works by da Vinci.

Forget Ashes To Ashes: In L.A., It's Art To Art

October 11, 2009 • Robert Fontenot doesn't just create art out of recycled materials; he takes the art from gallery auctions and creates something new, recycling unwanted gallery pieces into new works of art that may one day wind up back in the museum.

Forget Ashes To Ashes: In L.A., It's Art To Art

October 10, 2009 • The design for the new Barnes art gallery in downtown Philadelphia was unveiled this week. The Philadelphia Inquirer liked it; The New York Times hated it. Either way, it raises an interesting question: What's the relationship between a building and its contents — specifically an art museum and the artworks within? 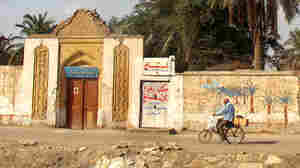 October 10, 2009 • In Iraqi filmmaker Maysoon Pachachi's new documentary, 12 Iraqi women gather in Syria with a goal: They intend to learn photography, decide what stories to tell, then return to Iraq and tell those stories. 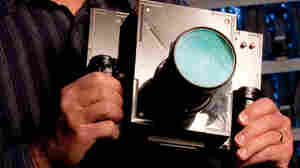 Computer science professor Marc Levoy of Stanford shows off his prototype "Frankencamera." It allows programs to be downloaded, much like the iPhone does, and might just change the future of photography. Linda A. Cicero/Stanford News Service hide caption

October 10, 2009 • Computer scientists at Stanford have developed a prototype they call the "Frankencamera" that may change the future of photography. It works a bit like an iPhone, in that it runs on an open source operating system, allowing photographers to change the electronic guts of the camera by downloading applications. 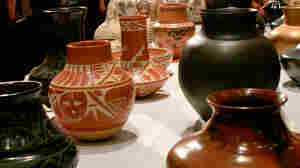 Artists, tourists and museum curators view pottery at Indian Market preview on Aug. 21 in Santa Fe, N.M. Artists may enter works for judging in a variety of categories. Indian Market is the largest showcase of its kind. Many artists rely on the income from Indian Market to sustain them throughout the year. Courtesy of Jeannette Flamm hide caption

October 1, 2009 • Each year at the end of the summer, more than 1,000 American Indian artists converge in Santa Fe, N.M., to sell their work at Indian Market. It's the largest showcase of its kind. But the recession slowed things down this year.