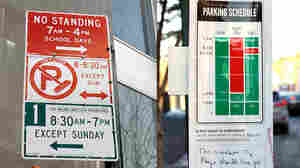 A Well-Designed Parking Sign Can Make Life Much Easier

October 30, 2014 • Is it safe to park on the street, or are you risking a ticket? The more signs there are, the more confusing that question gets. Designer Nikki Sylianteng has found a way to help.

A Well-Designed Parking Sign Can Make Life Much Easier 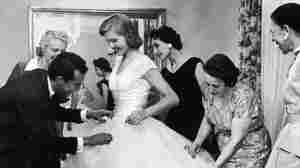 October 21, 2014 • His designs weren't experimental, says fashion critic Robin Givhan, but their popularity proved that there's still a place in our culture for fashion rooted in beauty, propriety and decorum. 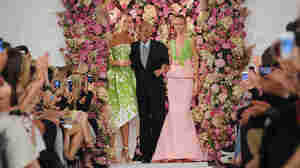 October 20, 2014 • De la Renta died Monday, according to a statement from his family. The Dominican designer was a ground-breaker in the industry. 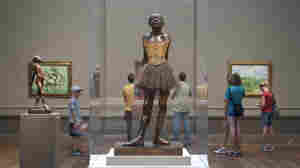 October 20, 2014 • Ballerina Marie Van Goethem started modeling for Edgar Degas around 1878 and inspired his statue Little Dancer Aged Fourteen. But history lost track of her after she left the Paris Opera. 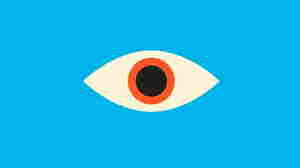 The Jacket Designer's Challenge: To Capture A Book By Its Cover

October 16, 2014 • Peter Mendelsund has designed hundreds of book covers, including two new ones of his own: Cover and What We See When We Read. He talks about his process and why "dead authors get the best" covers.

The Jacket Designer's Challenge: To Capture A Book By Its Cover 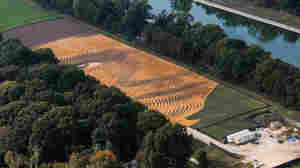 The face in Jorge RodrÃÂ­guez-Gerada's larger-than-life portrait is a composite of photos the artist took of young men from many racial backgrounds. Tami Heilemann/Department of the Interior hide caption

On The National Mall, An American Portrait In Sand And Soil

October 12, 2014 • This month, the National Portrait Gallery presented its largest portrait yet, a 6-acre face rendered in sand and soil on the National Mall.

On The National Mall, An American Portrait In Sand And Soil 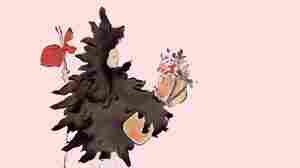 'Schiaparelli': The Shocking, Shadowed Life Of A Fashion Icon

October 11, 2014 • A new biography by Meryle Secrest looks at the troubled life of designer Elsa Schiaparelli — renowned as the Queen of Fashion, a glamorous innovator whose career never recovered from World War II.

'Schiaparelli': The Shocking, Shadowed Life Of A Fashion Icon 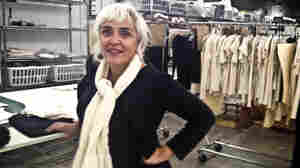 American Made: The New Manufacturing Landscape

Reviving A Southern Industry, From Cotton Field To Clothing Rack

October 10, 2014 • Garment-making once thrived in the South. Two acclaimed designers are trying to bring it back with a field-to-garment concept, creating a clothing line from their own organic cotton grown in Alabama.

Reviving A Southern Industry, From Cotton Field To Clothing Rack 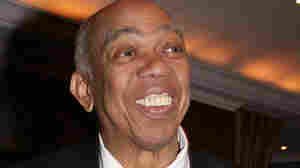 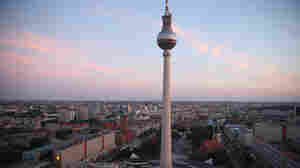 The broadcast tower at Alexanderplatz looms over the city center. A crossing point of tourists, commuters, shoppers, lovers, artists and bums, Alexanderplatz was rebuilt by the communist authorities of former East Germany in the 1960s. Today, it's a popular gathering place in the reunified city. Sean Gallup/Getty Images hide caption

In Berlin, Remaking The City Can Rekindle Old Frictions

October 9, 2014 • City planners rushed to erase divisions between East and West Berlin after the wall came down in 1989. But the fate of communist-era buildings can still provoke friction a quarter-century later.

In Berlin, Remaking The City Can Rekindle Old Frictions

The Man Who Casts The Metal For The Master Sculptors

October 4, 2014 • If you're an artist with an idea for a metal masterpiece, you'd probably turn to Dick Politch to cast it. His foundry has done works for over 500 artists. We get a look at an exhibit of his creations.

The Man Who Casts The Metal For The Master Sculptors 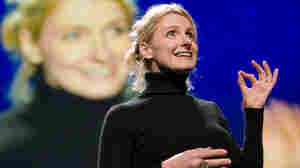 Elizabeth Gilbert: Where Does Creativity Come From?

October 3, 2014 • Writer Elizabeth Gilbert muses on the impossible things we expect from artists and geniuses. She shares the radical idea that, instead of the rare person "being" a genius, all of us "have" a genius.

Where Does Creativity Come From? 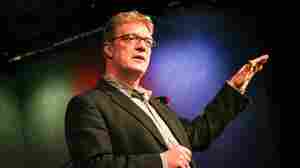 October 3, 2014 • Sir Ken Robinson makes a case for creating an education system that nurtures — rather than stifles — creativity.

How Do Schools Kill Creativity?

October 3, 2014 • Audie Cornish talks to Sally Singer of Vogue.com about the latest from the world's runways. She's been attending Fashion Weeks in New York, Milan, Paris and London. 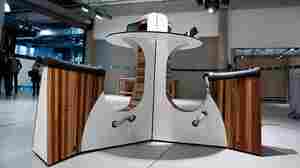 The WeBike cycling desk can be found at airports and train stations across in Western Europe. WeWatt hide caption

The Cycling Desk: Work Out And Charge Your Phone During A Trip

October 2, 2014 • Stationary bikes that power your gadgets as you pedal are this week's innovation pick. They've already appeared in railway stations and airports in Europe and may be for sale later this year.