March 31, 2016 • Architect Zaha Hadid died on Thursday at age 65. She was the first woman to win the Pritzker Prize, architecture's highest honor. 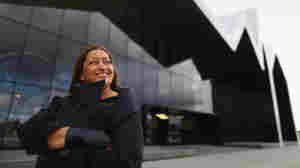 March 31, 2016 • Hadid was first famous for spectacular designs that were never built — but later proved her ideas worked in the real world, not just on paper. She was the first woman to win the Pritzker prize. 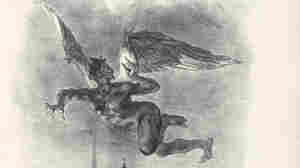 For 19th Century French Artists, 'Noir' Was The New Black

March 30, 2016 • After the Industrial Revolution, artists started getting creative with some newly available black materials. An exhibit at LA's Getty museum celebrates their exploration of the shadows.

For 19th Century French Artists, 'Noir' Was The New Black 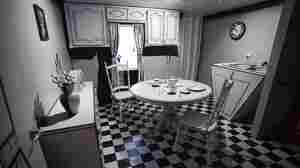 An interior view of the fictional Selig family's house. Here, in the kitchen, a portal — one of many — leads out of the house into the otherworldly beyond. Lindsey Kennedy/Courtesy of Meow Wolf hide caption

DIY Artists Paint The Town Strange, With Some Help From George R.R. Martin

March 27, 2016 • The art market is booming in Santa Fe, N.M., but the highbrow scene leaves some artists feeling out of place. So, one collective made a space of their own — with a big boost from the fantasy author.

DIY Artists Paint The Town Strange, With Some Help From George R.R. Martin 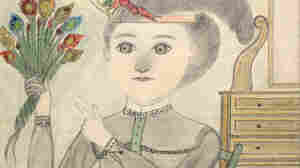 The authors of The Electric Pencil believe the "ECT" in illustration No. 197 is a reference to electrotherapy, which was part of James Edward Deeds Jr.'s treatment at State Hospital No. 3. Courtesy of Princeton Architectural Press hide caption

With Just Pencil And Paper, A Patient Found Escape Inside State Hospital No. 3

March 26, 2016 • In 1970, a teenager found a handmade album in a pile of trash. Inside were 283 extraordinary drawings made on mental hospital stationery. The Electric Pencil tells the artist's story.

With Just Pencil And Paper, A Patient Found Escape Inside State Hospital No. 3 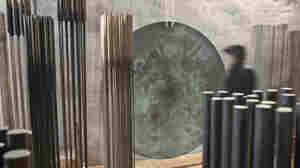 In his barn, Bertoia would play his sculptures for small invited audiences, or by himself late at night. His sculptures are in the barn where he left them when he died in 1978. John Brien/Important Records hide caption

March 26, 2016 • Designer and sculptor Harry Bertoia spent the final decades of his life creating mesmerizing "sonambient" music out of big metal objects. An 11-CD collection of his recordings has just been reissued. 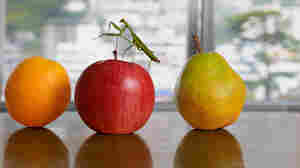 March 25, 2016 • Intricately crafted replicas of all sorts of dishes and drink — cakes, sushi and even beer — are ubiquitous window displays in Japan. A new book visually explores the culture of Nearly Eternal food. 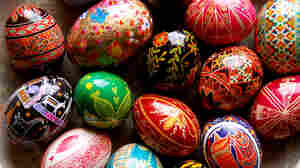 March 24, 2016 • Cultures around the world decorate eggs to celebrate spring. Modern artists continue those traditions, reflecting the fragility and beauty of life. 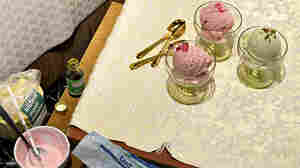 March 23, 2016 • A photo series exposes the cheats food stylists use to make dishes look so scrumptious in glossy magazines and cookbooks. Roasted meats are glazed with motor oil, and milk is replaced with glue. 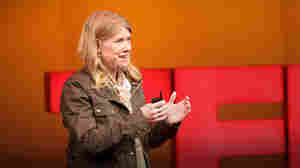 "Satellite imagery allows us to ... record information in different parts of the light spectrum ... that we simply cannot see with our human eyes." — Sarah Parcak Ryan Lash/TED hide caption

Sarah Parcak: How Can Crowdsourcing Be A Tool For Modern Archaeological Discovery?

March 18, 2016 • With the 2016 TED Prize, Sarah Parcak has developed an online platform called GlobalXPlorer that brings archaeological discovery to all to protect and preserve the world's hidden heritage.

Sarah Parcak: How Can Crowdsourcing Be A Tool For Modern Archaeological Discovery? 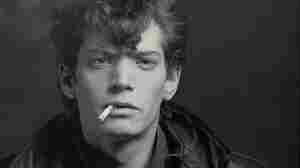 In a historic collaboration, the Getty and LACMA are exhibiting their massive joint acquisition of Mapplethorpe's archives. Robert Mapplethorpe Foundation/courtesy of HBO hide caption

March 17, 2016 • The photographer, who died in 1989, was as controversial as he was celebrated. Now, two LA museums are exhibiting their massive joint acquisition of his archives. 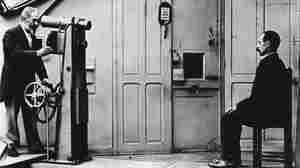 Meet Alphonse Bertillon, The Man Behind The Modern Mug Shot

March 8, 2016 • French criminologist Alphonse Bertillon wasn't the first to introduce mug shots to police, but he standardized how they were taken and added the profile shot to zero in on a suspect's unique features.

Meet Alphonse Bertillon, The Man Behind The Modern Mug Shot 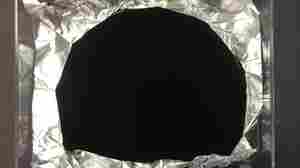 Surrey NanoSystems, the U.K. company that makes Vantablack, describes it as "a functionalised 'forest' of millions upon millions of incredibly small tubes made of carbon, or carbon nanotubes." Surrey NanoSystems/Wikimedia Commons hide caption

Some Artists Are Seeing Red Over A New 'Black'

March 3, 2016 • It's not a paint or a pigment. It's not even really black. But the "material" known as Vantablack is causing a stir after renowned sculptor Anish Kapoor bought exclusive rights to use it in art.

March 1, 2016 • High housing costs are encouraging Londoners to build down instead of up. They're digging out basements to create underground mansions. This story originally aired on Jan. 4, 2016 on Morning Edition. 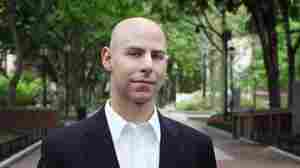 Adam Grant is a professor at the Wharton School of the University of Pennsylvania and the author of Originals. Michael Kamber/Adam Grant hide caption

Originals: How To Spot One, How To Be One

March 1, 2016 • Adam Grant, author of Originals: How Non-Conformists Move the World, tells us what makes an original, how parents can nurture originality in their children, and its potential downside.

Originals: How To Spot One, How To Be One