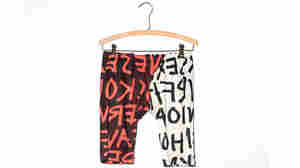 If These Shorts Could Talk ... New Book Tells 'Worn Stories'

If These Shorts Could Talk ... New Book Tells 'Worn Stories' 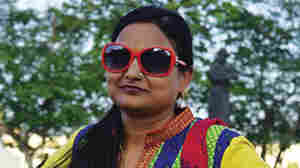 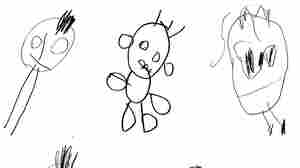 What Kids' Drawings Say About Their Future Thinking Skills

August 20, 2014 • There's a link between how children draw at age 4 and how well they perform on intelligence tests at age 14, researchers say. 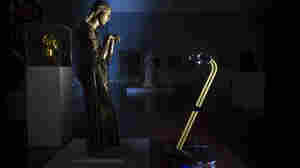 A robot, controlled from afar, moves in for a closer look. Alexey Moskvin/Tate Britain hide caption

A Night At The Museum ... With Robots

August 16, 2014 • For five nights at London's Tate Britain museum, four robots are roving through the halls controlled by people around the world.

A Night At The Museum ... With Robots 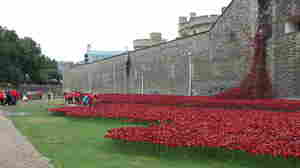 This installation at the Tower of London will ultimately feature 888,246 ceramic poppies, honoring the soldiers from Britain and the British colonies who died in World War I. Rich Preston/NPR hide caption

August 16, 2014 • A hundred years after the start of World War I, 888,246 handmade red flowers are filling the moat at the Tower of London — one flower for each British or colonial life lost during the war. 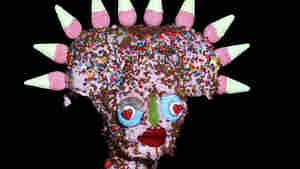 Beneath These Masks Is An Artist Conflicted By Junk Food

August 14, 2014 • James Ostrer slathered himself and a few friends with cream cheese and then piled candy, doughnuts and fries on top. As he photographed these human sculptures, he found a sort of catharsis.

A Life Of Anxiety Documented

August 12, 2014 • John Keedy used to be uncomfortable talking about his problems with anxiety, but not anymore. He hopes his series of photos will help others with mental illness see that they're not alone. 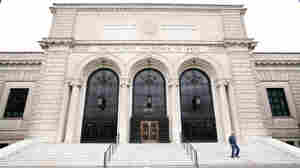 Deaccessioning — the permanent removal of an object from a museum's collection — has been a big issue in Detroit. When the city declared bankruptcy, it had to put all of its assets on the table. Turns out, the most valuable asset was the art collection at the Detroit Institute of Arts. Bill Pugliano/Getty Images hide caption

August 11, 2014 • Deaccessioning is the permanent removal of an object from a museum's collection. And there are a lot of rules surrounding it — for one, selling art to pay off debt will get you in big trouble. 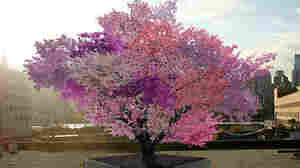 Sam Van Aken's grafted fruit trees are still quite young, but this artist rendering shows what he expects the "Tree of 40 Fruit" to look like in springtime in a few years. Courtesy of Sam Van Aken hide caption

The Gift Of Graft: New York Artist's Tree To Grow 40 Kinds Of Fruit

August 3, 2014 • Syracuse artist Sam Van Aken is developing a tree that will bloom in pink, purple and red in the spring and bear 40 different fruits in the summer and fall. It's part art, part agricultural marvel.

The Gift Of Graft: New York Artist's Tree To Grow 40 Kinds Of Fruit 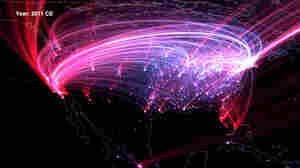 How Cultures Move Across Continents

August 1, 2014 • Researchers have mapped the travels of 150,000 artists, politicians and religious leaders over the past 2,000 years. The videos reveal how cultural achievements ebb and flow across the U.S and Europe. 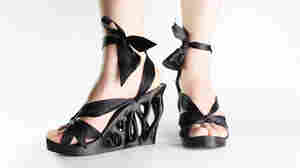 July 31, 2014 • You can use a 3-D printer to craft yourself a cellphone case, a toy car or a new trachea. This week's innovation introduces 3-D printed high heels, and the print-and-wear fad as a growing trend. 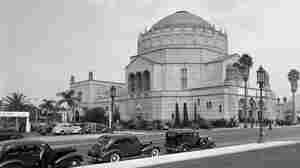 The Wilshire Boulevard Temple (pictured above circa 1939) was dedicated 85 years ago in 1929. Rabbi Steve Leder says, "This was the Los Angeles Jewish community's statement to itself — and to the majoritarian culture that surrounded it — that 'We are here, and we are prepared to be a great cultural and religious and civic force in our community.' " Courtesy Los Angeles Public Library hide caption

Best Seat In The House Of Worship: The Temple Hollywood Built

July 31, 2014 • Built in the late 1920s by movie moguls, the Wilshire Boulevard Temple is a Los Angeles landmark — and also a statement the LA Jewish community made to itself, and to the city.

Best Seat In The House Of Worship: The Temple Hollywood Built 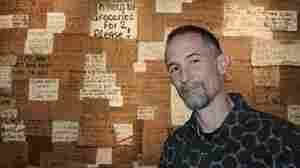 Artist Willie Baronet has been collecting signs from the homeless since 1993. Tanya Conovaloff hide caption

July 27, 2014 • Artist Willie Baronet is on a 24-city, 31-day trek across the country this month, buying handmade signs from homeless people. He says the project has changed the way he views homelessness. 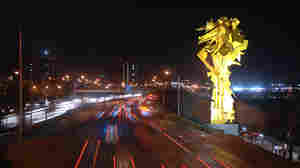 With Swirls Of Steel, These Sculptures Mark The Passage Of People And Time

With Swirls Of Steel, These Sculptures Mark The Passage Of People And Time 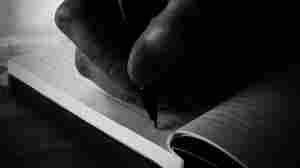 July 20, 2014 • When the subject of race comes up in his MFA writing workshop, author Matthew Salesses says, it usually feels traumatic — a burden personal to writers of color.