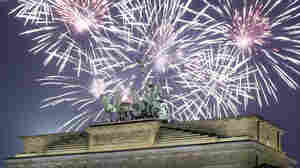 Fireworks light the sky above the Quadriga at the Brandenburg Gate shortly after midnight in Berlin, Germany, Sunday, Jan. 1, 2017. Michael Sohn/AP hide caption

December 31, 2017 • In Berlin, authorities are taking extra security measures ahead of New Year's celebrations. "Safety zones" are being set up for female party-goers, but some people are critical of this move. 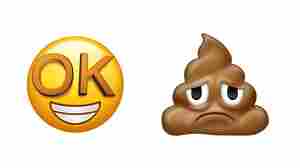 Emojis Of 2018: Bagels, Kangaroos, Redheads Are In. 'Frowning Pile Of Poo' Is Out

December 31, 2017 • The committee that selects emojis for 2018 has narrowed down its selection for the new batch.

Emojis Of 2018: Bagels, Kangaroos, Redheads Are In. 'Frowning Pile Of Poo' Is Out 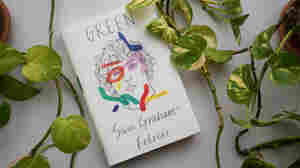 In 'Green,' A Pre-Teen Wisens Up To His Privilege

December 31, 2017 • Author Sam Graham-Felsen was the chief blogger for the Obama campaign in 2008. His debut novel is a coming-of-age story that grapples with race in America.

In 'Green,' A Pre-Teen Wisens Up To His Privilege

The Call-In: Paying It Forward

December 31, 2017 • Guest host Lauren Frayer talks with three people who share their stories about "paying it forward" — acts of kindness and generosity that spread from person to person.

The Call-In: Paying It Forward 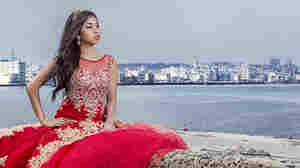 December 31, 2017 • The documentary series profiles five girls as they celebrate their quinceañeras. Director Matt O'Neill says the project taught him that "the core of these ceremonies is familial love." 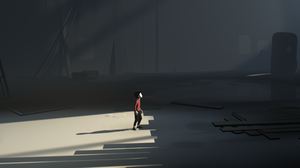 In Inside, you play as a boy with no special powers — just the ability to run from the monsters around you. Playdead Studios hide caption

Reading The Game: Inside

December 31, 2017 • In this installment of our occasional series on storytelling in video games, we take a look at the dark puzzle platformer Inside. You play as a boy in a red jacket, with no special powers — so run! 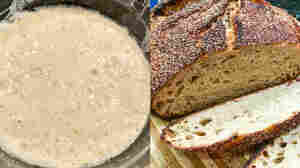 Friendship bread is the chain letter of baking: A simple starter that you divvy up, keeping some for yourself and sharing the rest with others. It's an old tradition that connect neighbors through the act of sharing food. NPR would like to see you revive it in your community. Share your stories on social media — use #NPRFriendshipBread — and we might feature your experience in a follow-up story. Courtesy of Emily H. Landsman hide caption

The Friendship Bread Project: Can Baking Promote Unity In A Divided World?

December 31, 2017 • It's the chain letter of baking: a simple starter that you divvy up, keeping some for yourself and sharing the rest with others. It's an old tradition we'd like to see you revive in your community.

The Friendship Bread Project: Can Baking Promote Unity In A Divided World? 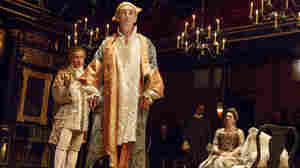 Mark Rylance (center) plays King Phillipe V in the new play Farinelli And The King. In this scene, opera star Iestyn Davies (left) plays the titular singer whose voice nurses the king back to health. Joan Marcus/Courtesy of the artist hide caption

December 30, 2017 • The new Broadway musical drama Farinelli And The King tells the tale of the bipolar King Philippe V and the famous 18th-century operatic castrato whose singing nurses him back to health. 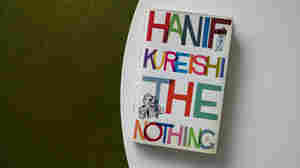 In 'The Nothing,' A Dirty Old Man Lusts For Life

December 30, 2017 • The new novel from British author Hanif Kureishi finds its octogenarian protagonist, who suspects his wife may be cheating on him, preoccupied with sex and aging.

In 'The Nothing,' A Dirty Old Man Lusts For Life

Home, Home On The (Shooting) Range

Home, Home On The (Shooting) Range 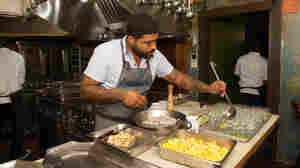 Celebrating More Than 30 Years Of The James Beard Foundation

December 30, 2017 • The James Beard Foundation is celebrating more than 30 years of food-related advocacy. Chef Digby Stridiron talked about some of the major issues the food industry is facing today.

Celebrating More Than 30 Years Of The James Beard Foundation 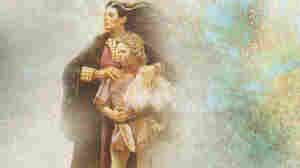 Does The Magic Last? Revisiting A Fantasy Classic As An Adult

December 30, 2017 • David Eddings' beloved Belgariad (and several sequels), co-written with his wife Leigh, follows farm boy Garion and his magical destiny. It wrapped up 20 years ago; are its powers still intact? 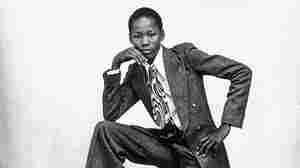 December 30, 2017 • A Paris museum is showing the first major posthumous exhibit of work by the great photographer from Mali, Malick Sidibe. 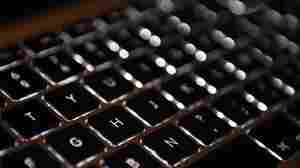