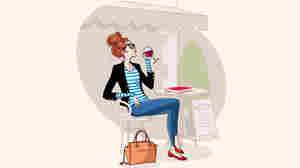 Advice For 'Grown-Ups' In Their 40s: 'Just Do What You Want More Often'

May 31, 2018 • Author Pamela Druckerman says she's reached a "now-or-never phase of life." Her new book There Are No Grown-Ups is a coming-of-age story — for people whose age is 40.

Advice For 'Grown-Ups' In Their 40s: 'Just Do What You Want More Often' 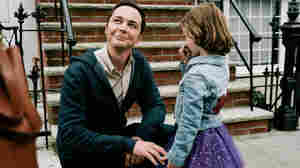 In A Kid Like Jake, Greg (Jim Parsons) is the father of a child engaging in gender expansive play. Jon Pack/Silas Howard hide caption

May 31, 2018 • A film about rich parents using their child's gender expression to get him into preschool doesn't spend enough time getting to know Jake or enough time looking closely at his parents. 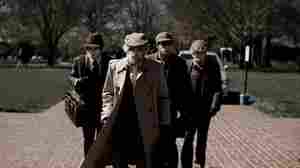 May 31, 2018 • A heist isn't as easy as the movies might lead you to believe. That's the lesson learned by four brats who try to steal expensive rare books in a fact-based story about being terrible at crime. 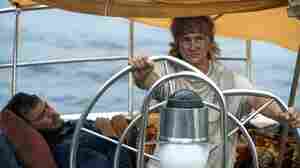 'Adrift' In Time And Water, Lovers Battle To Find A Course

May 31, 2018 • Adrift, starring Sam Claflin and Shailene Woodley, could have been a generic disaster film, if not for some clever editing that helps pull together its themes. 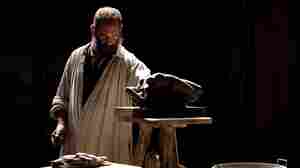 The celebrated french sculptor Auguste Rodin (played by Vincent Lindon) is the subject of the aptly titled Rodin. The film tells the story of the artist's romance with Camille Claudel. Wild Bunch hide caption

'Rodin' Shines As A Story Of Both Artist And Art

May 31, 2018 • While many biographies of artists focus on their tortured personal lives, Rodin maintains a close focus on sculpture itself and what makes it last. 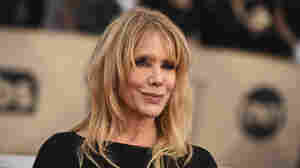 Arquette: After Rejecting Weinstein, 'I Had A Completely Different Career'

May 31, 2018 • Rosanna Arquette, one of the first actresses to come forward regarding a sexually abusive encounter with movie mogul Harvey Weinstein, says the charges against him aren't the result of a witch hunt.

Arquette: After Rejecting Weinstein, 'I Had A Completely Different Career'

A Birdbrained Library Heist Is Suffused With Irony In 'American Animals'

May 31, 2018 • In 2004, four young men stole rare art books valued at more than three-quarters of a million dollars from a college library. American Animals blends fiction and documentary to retell the story.

A Birdbrained Library Heist Is Suffused With Irony In 'American Animals' 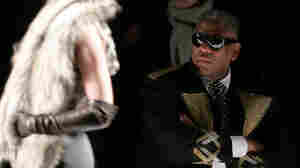 André Leon Talley remembers paging through Vogue for the first time as a child — it was like falling down a "rabbit hole" into "a world of glamour," he says. Talley is the subject of a new documentary called The Gospel According to André. He is shown above at the Carolina Herrera Fall 2007 fashion show. Peter Kramer/Getty Images For IMG hide caption

May 31, 2018 • Talley felt like a misfit growing up — until he stumbled upon a copy of the iconic fashion magazine. Paging through Vogue, he says, was like traveling down a "rabbit hole" into "a world of glamour." 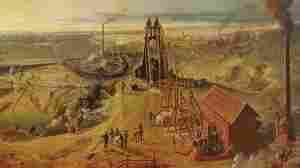 What Does Shakespeare Have To Do With 'Energy'? (Trust Us, There's A Link)

May 31, 2018 • In his new book, Richard Rhodes lays out an accessible and surprisingly optimistic history of energy by exploring the lives of scientists and inventors — and a few unlikely people, like Bard of Avon. 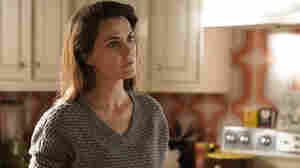 Identity And The End Of 'The Americans'

May 30, 2018 • The Americans concluded after six seasons on Wednesday night. 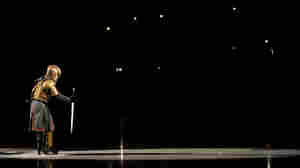 The Golden Knights' mascot takes up his sword before Game 1 of the Stanley Cup Final on Monday. Vegas would go on to win that game against the Washington Capitals — but not before the mascot fought a sweat-drenched duel with a sad-sack stand-in for the Caps. Bruce Bennett/Getty Images hide caption

May 30, 2018 • Sword fights. Neon-visored drum majors. A giant, firework-spitting helmet. The Vegas hockey team's spectacle is an anomaly in the stoic NHL — and that's just the way the team likes it.

Exiled Journalist Continues To Fight For Women's Rights In Iran

May 30, 2018 • Masih Alinejad discusses her campaign against a law requiring that Iranian women and girls to cover their heads and necks with a hijab. Her new memoir is The Wind in My Hair.

Exiled Journalist Continues To Fight For Women's Rights In Iran 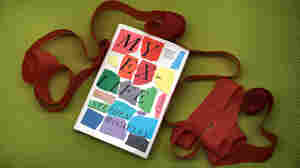 Roseanne Barr has offered several explanations for her tweet attacking Valerie Jarrett — including saying that she was influenced by the sleep aid Ambien. Pacific Press/LightRocket via Getty Images hide caption

May 30, 2018 • Critics pounced after Barr said she was "Ambien tweeting" at 2 in the morning. She also said she believed the target of her tweet, Valerie Jarrett, was Saudi or Jewish or Persian — rather than black. 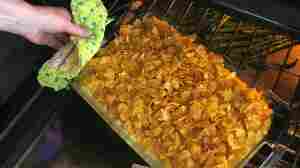 Mormon Funeral Potatoes: The Carb-Heavy Meal For The End of The World

May 30, 2018 • Call it disaster preparedness cooking: A Utah company began running Facebook ads for an instant version of a staple Mormon comfort food ... because pantries should be stocked for the Second Coming.