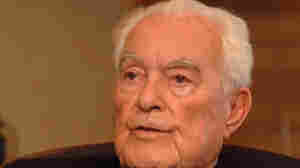 February 27, 2015 • Father Ted, as he was known to his friends, was influential in reshaping Catholic higher education. He was also a champion for civil rights and nuclear disarmament. 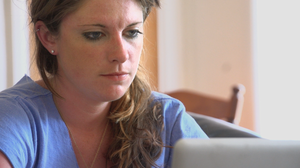 When Annie Clark was assaulted in 2007 she said the response from her university was victim blaming: "I talked to one campus employee and she gave me this extended metaphor about how rape was like a football game and I was the quarterback in charge and what would I have done differently in that situation," she says. Courtesy of Radius hide caption

Film About Campus Sexual Assault Tells Survivors: 'You Are Not Alone'

February 27, 2015 • Survivors Annie Clark and Andrea Pino brought a Title IX complaint against the University of North Carolina. "This is not about UNC," Clark says. "We're not doing this to vilify our institution."

Film About Campus Sexual Assault Tells Survivors: 'You Are Not Alone'

Jorge Cham is the creator of PHD Comics and received his doctorate in mechanical engineering at Stanford University. PHD (Piled Higher and Deeper) is a comic strip about life (or the lack thereof) in academia. See more of his work at www.phdcomics.com. Jorge Cham/PHD Comics hide caption

A Glut Of Ph.D.s Means Long Odds Of Getting Jobs

February 27, 2015 • Only 1 in 5 Ph.D.s in science, engineering and health end up with faculty teaching or research positions within five years of completing their degrees. But universities keep churning them out. 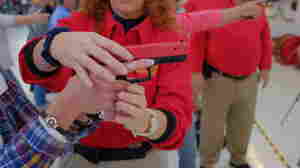 Colorado educators take part in a concealed carry course in Englewood, Colo., on Nov. 8. The course is open to all state school employees. Participants who complete the training are eligible to apply for a permit to carry a handgun. MATTHEW STAVER/Landov hide caption

February 27, 2015 • Similar legislation has been proposed in North Dakota and Wyoming to allow concealed firearms on K-12 school grounds and college campuses, as a part of a larger effort to expand gun owners' rights. 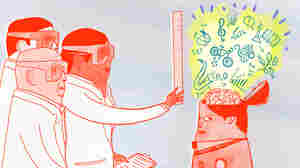 5 Lessons Education Research Taught Us In 2014

February 26, 2015 • Lessons from a handful of the most-viewed papers from the American Educational Research Association last year. 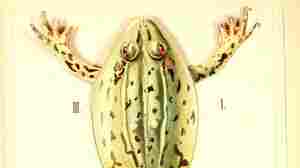 Dissecting A Frog: A Middle School Rite Of Passage

February 25, 2015 • In science classrooms across the country, middle-schoolers will take part in an iconic activity this year: frog dissection.

Dissecting A Frog: A Middle School Rite Of Passage 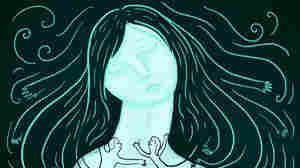 Preventing Suicide With A 'Contagion Of Strength' 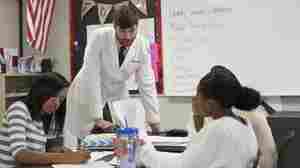 College? Career Tech? In Nashville, Teens Do Both

February 24, 2015 • Vocational education is enjoying a renaissance in many U.S. schools. In Nashville, Tenn., all high-schoolers are encouraged to take three career-training classes, regardless of college plans.

College? Career Tech? In Nashville, Teens Do Both 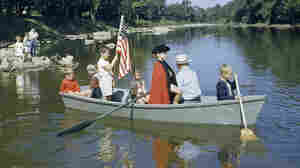 February 24, 2015 • The College Board redesigned the framework for its Advanced Placement U.S. history course, and many conservative lawmakers aren't happy about it. 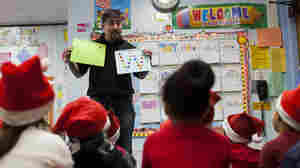 In LA, Missing Kindergarten Is A Big Deal

February 24, 2015 • Research shows that missing school in the crucial early days of school leads to problems later on. In Los Angeles, educators are working to raise kindergarten attendance.

In LA, Missing Kindergarten Is A Big Deal

February 23, 2015 • An Oklahoma legislative panel is reviewing the latest Advanced Placement U.S. History course and could cut funding for it in the state's schools. Lawmakers complain the course focuses on the negative. 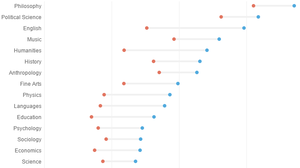 For his study Professor Benjamin Schmidt culled roughly 14 million reviews from the website Rate My Professor. Blue dots represent male professors, red dots female. The farther right the dot, the more often that the word on the left was used to describe the professor. Alyson Hurt hide caption

How We Talk About Our Teachers

February 23, 2015 • The words college students use to describe their professors say a lot about how men and women are judged differently.

How We Talk About Our Teachers 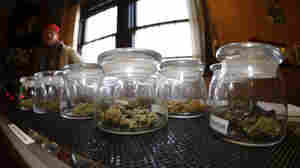 Schools in Colorado are trying to find effective ways to teach the health effects of marijuana use. "When it's legal for your parents to smoke it or grow it," says one educator, "that changes the conversation." David Zalubowski/AP hide caption

When Pot Goes From Illegal To Recreational, Schools Face A Dilemma

February 22, 2015 • Since Colorado legalized marijuana use, some schools in the state are starting to change how they teach students about the drug in health class. Educators worry students are receiving mixed messages.

When Pot Goes From Illegal To Recreational, Schools Face A Dilemma 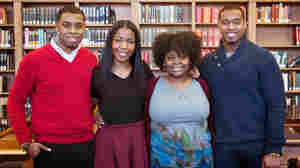 February 22, 2015 • A high school teacher, a lawyer, a nurse, a minister: Four college seniors at Howard University in Washington, D.C., describe their career ambitions and how they feel as graduation grows closer. 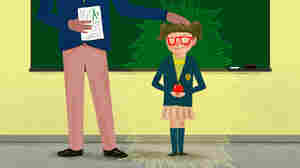 If Your Teacher Likes You, You Might Get A Better Grade