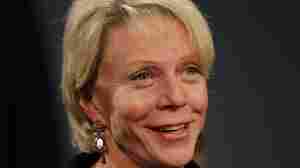 Hearst Magazines chairwoman Cathie Black shown earlier this month after New York City Mayor Michael Bloomberg announced her as his choice to be the next chancellor of the city's public schools. Seth Wenig /AP hide caption

November 30, 2010 • The nation's largest school district is getting a new leader. Mayor Michael Bloomberg chose Hearst Magazines chairwoman Cathie Black to lead New York City's public schools following weeks of controversy over her qualifications. She has a long career in publishing but has never worked in education.

November 26, 2010 • Science and cheerleading are subjects rarely spoken in the same sentence. But a surprising group of cheerleaders are on a mission to make science appealing to more young people. Host Allison Keyes speaks with the group's founder, Darlene Cavalier and Jennifer Hill, a Science Cheerleader and engineer.

November 24, 2010 • The Labor Department reported Wednesday that 470,000 Americans filed claims for unemployment benefits last week. That's a sharp decline, and the lowest in more than two years. But whether it seems like the economy is rebounding may depend on how much education you have.

Promise Of Jobs Lures Many To For-Profit Schools

November 23, 2010 • Many for-profit colleges and universities sell their services based on a near-promise: Our degrees will get you a job. But there is no reliable way of measuring success rates when it comes to employment. That doesn't stop students from piling up huge debt in the hopes of getting a dream job.

Promise Of Jobs Lures Many To For-Profit Schools

November 23, 2010 • Despite ongoing research and theorizing, the educational achievement of black boys and young black men continues to lag behind their white peers, nationwide. James Earl Davis of Temple University's College of Education and Pedro Noguera, author of The Trouble With Black Boys discuss.

November 23, 2010 • Regulatory pressures are pushing for-profit schools to retool their business model. Schools are bracing for slower growth, and are focusing on retaining students more likely to succeed and repay their loans. 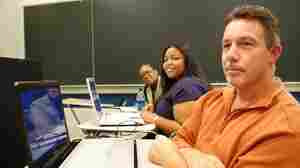 Chrysler Buyout: Was Taking It A Big Mistake?

November 22, 2010 • As Detroit car companies return to profitability, some workers who took buyouts are wondering if they made the right choice. Changing Gears, a new public radio project from the Midwest Public Media Collaborative, has the story of two veteran Chrysler workers who reacted differently to the same buyout offer.

Chrysler Buyout: Was Taking It A Big Mistake?

November 17, 2010 • California's highest court says illegal immigrant students who've graduated from state high schools will pay in-state tuition rates at California's public colleges and universities. It's a controversial, first-of-its-kind ruling and could have an impact on tuition policy in other states.

The Root: Getting The Best Teaching Tools To Schools

November 16, 2010 • Educating children in poor communities is often thought of as a challenge to be taken on by only the most dedicated teachers. John McWhorter of The Root says that in fact, the most effective methods have already been discovered. Now they just need to be used in schools.

November 16, 2010 • Facing drastic budget cuts, the State University of New York at Albany has suspended student admissions to the French, Italian, Russian, classics and theater programs because of low student enrollment. The announcement has provoked a debate on the value of a humanities education. 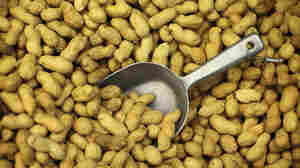 Peanuts, above all food allergens, get a bad rap. iStockphoto.com hide caption 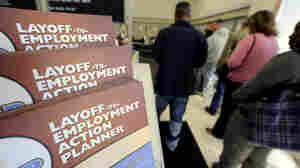 Job-seekers wait in line at a government-run employment center in Las Vegas, where jobless numbers have been in the double digits for months. Robyn Beck/AFP/Getty Images hide caption

November 13, 2010 • At 15 percent, the city's unemployment rate is one of the nation's highest. And the job market there has changed. Now employers are looking for computer skills -- something many workers lack. So laid-off residents like Lorraine Valdez are learning to adapt.

November 13, 2010 • A new study says for children to develop the math skills they will need later on in school, it is essential that parents spend time teaching their children the value of numbers by using concrete examples -- instead of just repeating them out loud.

November 11, 2010 • The National Women's Law Center filed complaints Wednesday against school districts across the country, accusing them of violating Title 9's nearly 40-year-old guarantee of equal athletic opportunities for girls. Some of the districts say the complaints are based on old data but that they'll work to remedy any problems. That might not be easy in a down economy that's forcing many districts to cut teachers and education programs.

November 10, 2010 • Tens of thousands of students have marched through the streets of London in Britain's largest protest so far against the government's new austerity program. The march was specifically organized to protest the tripling of university tuition fees, with many students saying the increase would mark the end of opportunity for children from poorer families. Although largely peaceful, some of the protesters tussled with police and broke windows in the headquarters of the Conservative Party, the senior partner in Britain's coalition government.