Parents' Advice On Keeping Kids In School, On Track

Parents' Advice On Keeping Kids In School, On Track

April 30, 2013 • Suspensions in middle and high schools across the U.S. have risen dramatically in recent years. Two million students were suspended during the 2009 school year, and boys of color and children with disabilities were suspended at much higher rates than others. Host Michel Martin speaks with Daniel Losen, lead author of the new report "Out of School and Off Track," about why kids are being suspended and how that can affect them in the future. 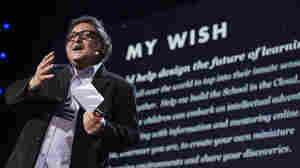 Sugata Mitra: Can Schools Exist In The Cloud?

April 29, 2013 • After years of offering children self-supervised access to the Web, Sugata Mitra says kids can teach themselves. He argues that self-organized classes are the future of education.

Can Schools Exist In The Cloud? 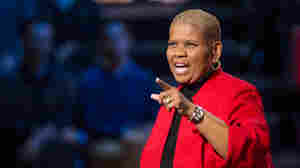 Rita Pierson: What Role Do Relationships Play In Learning?

April 29, 2013 • Veteran teacher Rita Pierson believes that relationships are crucial to education. She talks about how classrooms lack the kind of human connections kids need to feel inspired and to learn.

What Role Do Relationships Play In Learning? 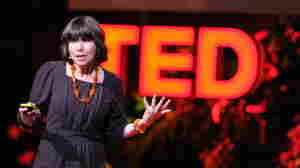 Alison Gopnik: What Do Babies Think?

April 29, 2013 • Alison Gopnik's research explores the sophisticated intelligence-gathering and decision-making that babies are doing when they play.

What Do Babies Think?

Dissatisfied, Parents In Indianapolis Start Their Own School

April 29, 2013 • Some parents in Indianapolis, Ind., are taking school choice to an extreme. Bruised after the mayor closed the public charter school their kids attended, and disgruntled with existing school options, they started their own school. It has made it through the first year with 35 students, despite lacking both funding and a permanent home.

Dissatisfied, Parents In Indianapolis Start Their Own School

April 26, 2013 • On April 26, 1983, a panel appointed by President Ronald Reagan released an ominous report that painted a dire picture of the U.S. education system. Thirty years later, many educators point to the report as the catalyst for divides that still split education reformers. 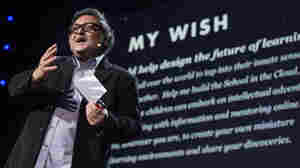 Sugata Mitra: How Much Can Children Teach Themselves?

April 25, 2013 • Sugata Mitra has given kids in Indian slums self-supervised access to the Web, and the results have changed how he thinks of teaching.

How Much Can Children Teach Themselves?

Making The Most Of MOOCs: The Ins And Outs Of E-Learning

April 23, 2013 • Don't ever email the professor. Never friend the teacher on Facebook. Those are some of the rules A.J. Jacobs learned when he joined the ranks of millions enrolled in massive open online courses, MOOCs. Harvard, MIT and Stanford are among universities offering virtual classes free of charge.

Making The Most Of MOOCs: The Ins And Outs Of E-Learning

Are There Really More Black Men In Prison Than College?

April 23, 2013 • Activists, filmmakers, and even the president invoke the conventional wisdom that there are more black men in prison than in college. Ivory Toldson, a professor at Howard University, says that's a myth; he explains his findings to host Michel Martin.

Are There Really More Black Men In Prison Than College? 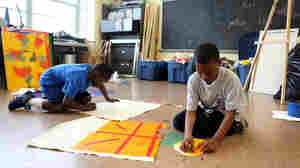 Life Pieces to Masterpieces is an arts program that serves the neighborhood of Ward 7 in Washington, D.C. Boys work with mentors to create works of art. Lizzie Chen /NPR hide caption

April 18, 2013 • In Washington's Ward 7, where only 33 percent of students graduate from high school, a program called Life Pieces to Masterpieces is sending nearly 100 percent of its graduates to college or post-secondary education. 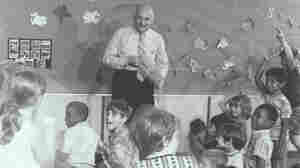 More Than 50 Years Of Putting Kids' Creativity To The Test

April 17, 2013 • A bit like an IQ test measures intelligence, the Torrance Test and others like it measure creative ability. They help figure out when investments pay off, and they can draw attention to hidden problems, like why elementary kids are scoring better than high school students.

More Than 50 Years Of Putting Kids' Creativity To The Test 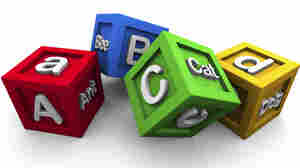 'The Hell Of American Day Care': Expensive And 'Mediocre'

April 17, 2013 • In a cover story for The New Republic, journalist Jonathan Cohn examines the conundrum of day care in the United States. "On the one hand," he says, "improving the quality of child care ... is going to take more money. On the other hand, it already costs more than many families can pay."

'The Hell Of American Day Care': Expensive And 'Mediocre' 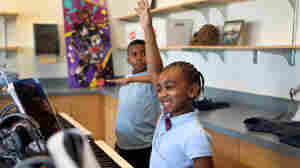 April 16, 2013 • The Turnaround Arts Initiative is using an ambitious arts curriculum to try and turn eight low-performing schools around. Celebrities like Kerry Washington and Yo-Yo Ma have signed on to help encourage kids, but the program's success will ultimately be measured in test scores.

The Sequester: Cuts And Consequences

Sequester And Budget Add Up To Education Confusion

April 16, 2013 • Host Michel Martin talks with NPR education correspondent Claudio Sanchez about how the competing forces of sequestration and the president's budget proposal are affecting schools.

Sequester And Budget Add Up To Education Confusion