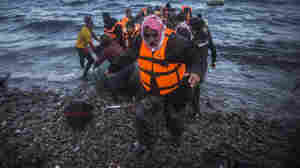 An Iraqi man disembarks from a dinghy on a beach after his trip with other refugees and migrants from the Turkish coast to the northeastern Greek island of Lesbos on Friday. Santi Palacios/AP hide caption

December 18, 2015 • A new study from the U.N.'s refugee agency says the number of forcibly displaced people globally is likely to top 60 million in 2015. 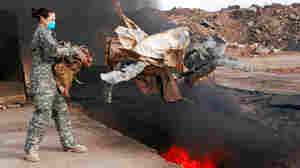 Senior Airman Frances Gavalis tosses unserviceable uniform items into a burn pit at Balad Air Base, Iraq in 2008. The military destroyed uniforms, equipment and other materials in huge burn pits in Iraq and Afghanistan. Some veterans say those pits are responsible for respiratory problems they are now experiencing. Senior Airman Julianne Showalter/USAF hide caption

December 18, 2015 • During the wars in Iraq and Afghanistan, open-air pits were used to incinerate refuse including plastics and human waste. Now, U.S. veterans are claiming these burn pits caused chronic ailments. 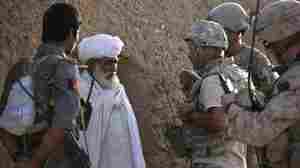 Afghan-American translator Waheed Kazenpoor translates for U.S. forces as they speak with a local during a Afghan-U.S. patrol in an area frequented by Taliban militants in southern Afghanistan on Sept. 28, 2009. Brennan Linsley/AP hide caption

December 6, 2015 • After troops returned home from Afghanistan, many translators who worked with them became targets and were forced to flee. A former Marine is now trying to help his former translator get to the U.S. 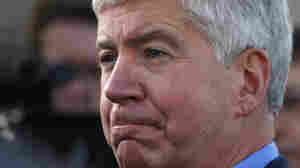 Gov. Rick Snyder speaks to the media last week in Northville Township, Mich. Several U.S. governors, including Snyder, are calling to halt or pause efforts to allow Syrian refugees into their states after this month's coordinated attacks in Paris. Paul Sancya/AP hide caption

November 22, 2015 • Michigan Gov. Rick Snyder is urging a pause in the resettlement of Syrian refugees in his state. Two Syrian refugees there share their similar concerns, but say totally barring refugees is a mistake. 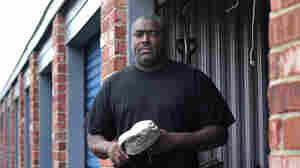 October 28, 2015 • The Army has "separated" more than 22,000 soldiers for "misconduct" since 2009 — often without benefits — after they returned from war with mental health problems or brain injuries. 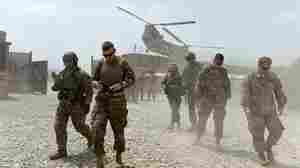 October 17, 2015 • Now that the Obama administration has decided to keep U.S. forces in the country longer than initially planned, the 14-year conflict will likely be handed to his successor. 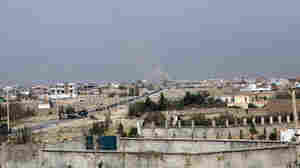 Smoke rises from Kunduz, Afghanistan on Thursday. Government forces have reportedly retaken the city after it was seized by the Taliban on Monday. AP hide caption

October 4, 2015 • The U.S. and NATO have spent years in Kunduz, Afghanistan, building communities to keep insurgents out. Two who were there 12 years ago describe how it felt this week when the Taliban retook the city.

October 1, 2015 • Team Red, White & Blue puts civilians and veterans together in running groups. The idea is to help vets feel a sense of belonging and to get vets and civilians to socialize through exercise. 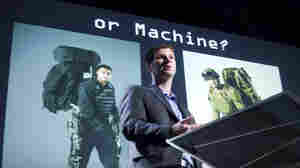 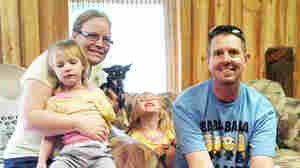 When he came back from Afghanistan, Army Pfc. Brian Orolin was eager to return to his life as a father and husband. But he had trouble holding on to a sense of purpose, his wife says. StoryCorps hide caption

September 5, 2015 • Army Pfc. Brian Orolin returned from Afghanistan in 2011, suffering from paranoia and headaches. Three years later, he walked out on his wife and daughters; he hasn't been seen since.

August 8, 2015 • New Orleans has made huge strides towards ending veteran homelessness in the city. (This story first aired on August 4, 2015 on All Things Considered.) 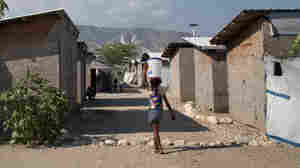