What Would You Ask Gen. David Petraeus?

June 28, 2010 • With growing doubts over the way ahead in Afghanistan, confirmation hearings are set to begin for Gen. David Petraeus. The counter-insurgency strategy in Afghanistan calls for a surge of U.S. troops, many of whom are already on their way. But little progress has been seen on the ground.

What Would You Ask Gen. David Petraeus?

June 23, 2010 • In a speech from the Rose Garden, President Obama announced he has relieved Gen. Stanley McChrystal of his duties as U.S. commander in Afghanistan. Obama said he believes it is "the right decision for our national security," and named Gen. David Petraeus to replace him.

June 21, 2010 • In 2010, almost as many U.S. troops around the world have committed suicide as have been killed fighting in Afghanistan. Through May of 2010, 163 men and women in the Army killed themselves. That rate is on pace to more than double the total for all of 2008. 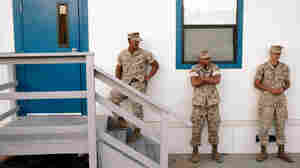 Suicide Rivals The Battlefield In Toll On U.S. Military

June 17, 2010 • Alarmed at the growing rate of soldiers taking their own lives, the Army has begun investigating its mental health and suicide prevention programs. It is part of a greater awareness of the problem by all branches of the military. But the tougher challenge is changing a culture that is very much about "manning up" when things get difficult.

Suicide Rivals The Battlefield In Toll On U.S. Military

June 9, 2010 • An NPR-ProPublica investigation found that the U.S. military often fails to diagnose mild traumatic brain injuries in troops who served in Iraq and Afghanistan. The investigation also revealed that many soldiers receive little or no treatment for lingering health problems after suffering brain injuries. 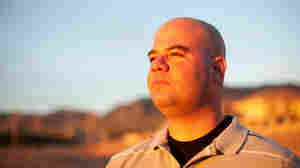 Sgt. Victor Medina suffered brain damage when an IED hit his truck in Iraq. Even after he was diagnosed with a traumatic brain injury, he found he had to fight to get adequate care. Blake Gordon/Aurora Photos hide caption

June 9, 2010 • Even when traumatic brain injury is diagnosed in soldiers, many find they have to fight to get adequate treatment. Medical records show brain-injured soldiers at Fort Bliss have been told that their main problems are psychological, not related to blasts. Some soldiers have turned to clinics outside the military to get help. 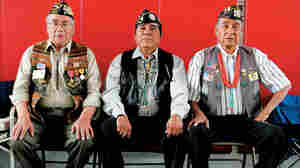 June 1, 2010 • Photojournalist Steven Clevenger has been covering wars for almost four decades — from his early days in Cambodia, to Iraq and Afghanistan. In 2006, Clevenger began documenting the role of Native American soldiers in the war in Iraq. His book is called America's First Warriors.

May 31, 2010 • Capt. Benjamin Tupper trained Afghan forces, and fought on the ground against the Taliban and their allies. In his book, Greetings From Afghanistan, Send More Ammo, Tupper shares what he learned about Afghan culture, and life as an American soldier.

May 31, 2010 • Children of military service members experience more emotional and behavioral challenges than kids whose parents are not soldiers, according to a recent study commissioned by the National Military Family Association. In commemoration of Memorial Day, guest host Allison Keyes talks to Mary Scott, whose group commissioned the study. Scott is a military spouse and mother of six. All of her children are active service members. She talks about the effect of military service on family life. Two of Scott's daughters also join the conversation -- U.S. Army Captain Kate Gowel and U.S. Air Force Captain Karoline Scott. 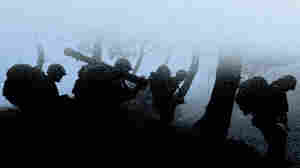 'Things They Carried' Back From Vietnam

May 31, 2010 • Novelist Tim O'Brien served in Vietnam as an infantryman in 1968. He wrote about the war in several novels, including Going After Cacciato and If I Die in a Combat Zone. He spoke with Terry Gross in 1990 about his classic book of short war stories, The Things They Carried.

'Things They Carried' Back From Vietnam

May 19, 2010 • Scientists say there needs to be more research to prove marijuana can ease PTSD symptoms. Activists counter that the federal government has blocked research and won't let the VA prescribe it. Veteran Paul Culkin, who grows marijuana in his garage in New Mexico, says small doses relieve his anxiety. 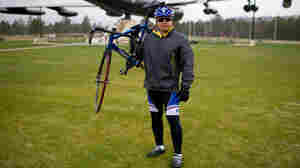 May 16, 2010 • Capt. Juan Guerrero, who lost part of his calf when his Humvee hit a roadside bomb in Iraq, was one of 200 wounded, ill and injured athletes who competed in the first-ever Wounded Warrior Games last week in Colorado Springs, Colo. The competition helps show service members that there is life after an injury.

May 14, 2010 • Veterans Affairs Secretary Eric Shinseki, who is trying to reinvent the agency so it can meet the needs of the new veterans, sat down with NPR's Robert Siegel to talk about his efforts.

May 13, 2010 • According to the Department of Veterans Affairs, more than 48,000 female veterans screened positive for military sexual trauma in 2008. Rachel Caesar, who served for 14 years, is one of them. She says that she was harassed -- and that it took her a long time to admit the effect it had on her. Until she talked about it, she says, she was "dying inside."

May 12, 2010 • As veterans with combat-related mental health issues like PTSD get caught up in the criminal justice system, communities across the U.S. are looking for new ways to help. Minnesota is setting up a special court to make it easier for struggling veterans to get the help they need. It's also training police to recognize the signs of a veteran in crisis.