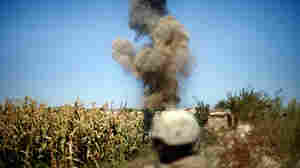 U.S. Military Searches For A Device To Stop IEDs

June 29, 2011 • One of the most common dangers to American troops in Iraq and Afghanistan has been homemade remote-controlled bombs. Wired national security writer Noah Shachtman details the ongoing effort to create a device that could stop IEDs before they strike.

U.S. Military Searches For A Device To Stop IEDs 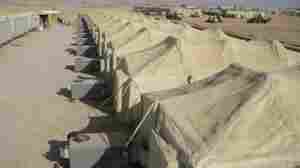 Air conditioners keep tents cool on a U.S. military base in Iraq. The tents have been treated with polyurethane foam to increase energy efficiency. Courtesy Steven Anderson hide caption

Among The Costs Of War: Billions A Year In A.C.?

June 25, 2011 • The figure comes from a former Pentagon official who now sells energy-efficient technology to the Department of Defense. And it highlights the nuances of U.S. war spending.

Among The Costs Of War: Billions A Year In A.C.? 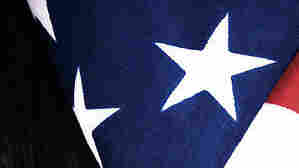 'Death And After In Iraq': Memoir Of A Mortuary

June 21, 2011 • Marine Jess Goodell spent eight months recovering and processing the remains of fallen troops in the Mortuary Affairs unit. "I don't think I ever stopped smelling death when I was in Iraq," she says.

'Death And After In Iraq': Memoir Of A Mortuary 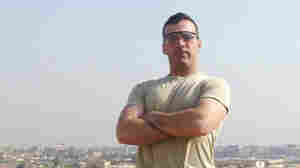 Army Spc. Christopher B. Fishbeck of Buena Park, Calif., poses for a photo on a rooftop during his tour of duty in Iraq. Courtsey of Fishbeck's Family hide caption

Soldier Killed In Iraq Predicted He Would Die

June 20, 2011 • Before his death, Christopher Fishbeck, 24, had confided in his mother that he did not believe he would come home alive. He was among five U.S. soldiers killed in Baghdad on June 6, victims of a rocket attack on their base.

Soldier Killed In Iraq Predicted He Wouldn't Make It

Bedtime Stories, From A Dad In Afghanistan

June 19, 2011 • Before he left for a yearlong deployment to Afghanistan, a father made videos for his infant daughter of him reading bedtime stories. His wife shares some of those stories for Father's Day.

Bedtime Stories, From A Dad In Afghanistan 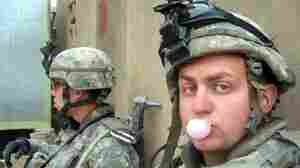 Alex Horton sits against a wall in Baqubah, Iraq, shortly after a firefight. Courtesy of Alex Horton hide caption

Once A Critic, VA Blogger Seeks To Fix Problems

June 12, 2011 • While in college on the new GI Bill, Alex Horton regularly criticized the Department of Veterans Affairs on his blog, Army of Dude. He's now a blogger for the agency, and says he has a "bigger appreciation" for the issues that need to be fixed.

Once A Critic, VA Blogger Seeks To Fix Problems 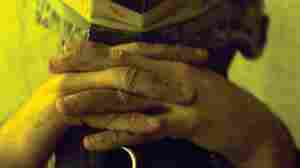 For Soldiers With PTSD, A Profound Daily Struggle

June 2, 2011 • According to the Department of Veterans Affairs, 10 to 18 percent of Iraq and Afghanistan war veterans may have post-traumatic stress disorder. The sleeplessness, anger, anxiety and sense of isolation that can accompany PTSD pose tremendous challenges for veterans and their families.

For Soldiers With PTSD, A Profound Daily Struggle

May 30, 2011 • As part of NPR's ongoing series, 'The Impact of War,' guest host Allison Keyes explores one of the tragic consequences of combat - burn wounds. Such wounds can subject victims to a painful and unpredictable recovery. Army Lt. Col. Maria Serio Melvin shares her experiences at the military's largest burn center, the Brooke Army Medical Center in San Antonio, TX, where she treated service members injured in the Iraq and Afghanistan wars.

May 30, 2011 • Journalist and documentary filmmaker Brian Palmer has been to Iraq three times. His new film, Full Disclosure , chronicles the everyday lives inside the First Battalion, Second Marine Regiment. Palmer shares his experiences with the Marines on the front lines.

May 29, 2011 • On Saturday's program, host Rachel Martin talked with Maj. Gen. John Campbell, who's just back from being the top U.S. commander in eastern Afghanistan. For Memorial Day, Campbell talks about how he honors the troops who lost their lives in Afghanistan: He keeps their stories on index cards, which he carries with him at all times. 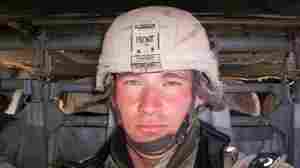 May 28, 2011 • It's been more than four years since Army Staff Sgt. Darrell Griffin Jr. was killed while serving in Iraq. When he died, he had been collaborating with his father on a book about the war. The book — Last Journey, A Father and Son in Wartime — is a compilation of hundreds of emails and letters — and Darrell Jr.'s journal.

May 26, 2011 • For many family members of those who served honorably in the National Guard and Army Reserves, Memorial Day brings a painful reminder of the casualty of war at home. Nationally, the number of off-duty members who've committed suicide has nearly doubled from 80 in 2009 to 145 last year. 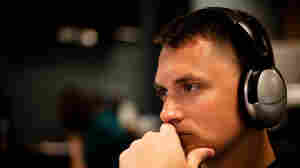 May 12, 2011 • Wounded soldiers often spend months in physical therapy rebuilding their strength; soldiers with traumatic brain injuries face an equally grueling challenge. Computerized mental exercises may be exhausting, but doctors and patients hope they will improve focus and memory.

May 10, 2011 • Many soldiers leave Iraq and Afghanistan with a mild traumatic brain injury, but months or years later want to deploy again. Using combat simulations and other tests, doctors at Fort Campbell in Kentucky are testing these soldiers' readiness for a return to war.

May 5, 2011 • Military spouses — most often wives — contend with frequent moves, long separations, and the stress of managing households and family alone. And when a soldier is injured while serving, many military spouses must become the primary breadwinners, and in many cases, caregivers, as well.