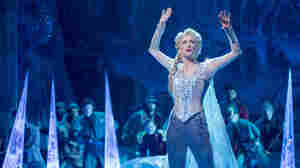 Caissie Levy performs as Elsa in the stage adaptation of Frozen, which opened on Broadway in 2018. Deen van Meer/Disney Theatrical Productions hide caption

For Many With Disabilities, 'Let It Go' Is An Anthem Of Acceptance

January 22, 2019 • The breakout song from Disney's Frozen has inspired many marginalized groups — but its message of rejecting stigma holds special resonance for disabled people and their families.

For Many With Disabilities, 'Let It Go' Is An Anthem Of Acceptance 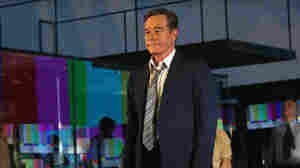 On Broadway, 'Network' Goes From Satire To Tragedy

January 19, 2019 • The 1976 movie Network struck a nerve with its darkly comic predictions about celebrity news anchors and the rise of infotainment. Now, a stage adaptaion is one of the hottest tickets on Broadway.

On Broadway, 'Network' Goes From Satire To Tragedy 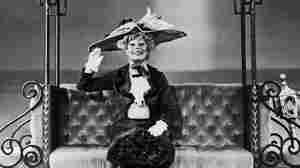 January 15, 2019 • Channing's big break came in 1949 when she was cast as Lorelei Lee in Gentlemen Prefer Blondes. But she'll always be remembered for her role as a life-loving matchmaker and "meddler" in Hello, Dolly!

New Recording Of 'Doctor Atomic' May Be The Opera's Definitive Performance

January 14, 2019 • John Adams' opera, which premiered in 2005, centers on the first atomic bomb test at Los Alamos, N.M. Now, a new album features a recording of Doctor Atomic conducted by the composer himself.

New Recording Of 'Doctor Atomic' May Be The Opera's Definitive Performance 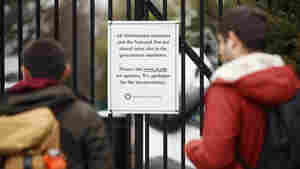 A sign posted outside the National Zoo earlier this month declares its closure, along with the closure of all Smithsonian museums. They were all on the wish list for Jill Rorem, whose family plans were undone by the shutdown. But she's not alone: The shutdown's ramifications on the arts have been felt far beyond the Beltway. Carolyn Kaster/AP hide caption

As Shutdown Crawls On, Artists And Nonprofits Fear For Their 'Fragile Industry'

January 9, 2019 • The partial government shutdown hasn't just shuttered museums in Washington, D.C. Across the U.S., and even beyond its borders, artists and the groups supporting them are grappling with the fallout.

As Shutdown Crawls On, Artists And Nonprofits Fear For Their 'Fragile Industry' 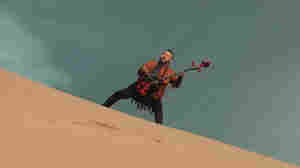 #HUNNUROCK via YouTube/Screengrab by NPR

How A Mongolian Heavy Metal Band Got Millions Of YouTube Views

January 5, 2019 • All it took for The Hu to have an Internet breakthrough was a dramatic video and screaming guitars — plus a horsehead fiddle and throat singing. 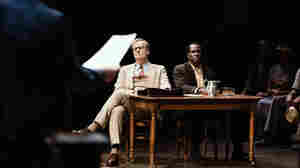 Aaron Sorkin Brings 'To Kill A Mockingbird' To The Broadway Stage

December 26, 2018 • After lawsuits and pushback from Harper Lee's estate, the beloved 1960 novel is now a play. But Atticus Finch looks and sounds a little different than he did in the book.

Aaron Sorkin Brings 'To Kill A Mockingbird' To The Broadway Stage

December 24, 2018 • Todd Purdum's book, Something Wonderful, is about the creative partnership and strained personal relationship behind hit shows like Carousel and The Sound of Music. Originally broadcast April 9, 2018. 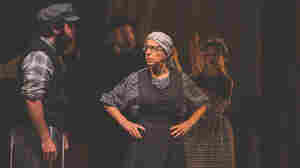 Jackie Hoffman (right) plays Yente the matchmaker in the Yiddish adaptation of Fiddler. Hoffman grew up hearing her mother and grandmother speak Yiddish and for years has been teaching little phrases to fellow cast members. "I've got gentiles speaking Yiddish all over this town now," she says. Victor Nechay/ProperPix hide caption

This Yente Found The Perfect Match, Performing 'Fiddler' In Yiddish

December 23, 2018 • Jackie Hoffman grew up speaking what her mother called "kitchen Yiddish" — a few words here and there. Now, she's dusting off the mama-loshen (mother tongue) for a production of the 1964 musical.

This Yente Found The Perfect Match, Performing 'Fiddler' In Yiddish 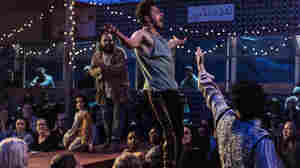 In The Jungle, St. Ann's Warehouse is transformed into an Afghan cafe, serving as the production's backdrop. Teddy Wolf hide caption

December 14, 2018 • A makeshift city full of refugees is the scene for the new off-Broadway play The Jungle. NPR's Rachel Martin speaks with two of its actors, Ammar Haj Ahmad and Milan Ghobsheh.