Behind The Curtain Of 'Disgraced'

April 29, 2013 • A play that tackles Islamophobia and questions of Muslim-American identity recently won the Pulitzer Prize for drama. The play is Disgraced, by first-time playwright Ayad Akhtar. He talks with guest host Celeste Headlee about his play and the significance of the award.

Behind The Curtain Of 'Disgraced' 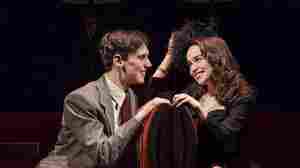 Fred (Cory Michael Smith) and Holly (Emilia Clarke) in a scene from the recent Broadway adaptation of Truman Capote's Breakfast at Tiffany's. The show, which received a slew of negative reviews, closed after only 38 performances. Used With Permission hide caption

When Tonys Tap Faves, Look For These Names

April 27, 2013 • The nominations for the 67th Tony Awards are due April 30, and Barbara Chai of The Wall Street Journal has seen pretty much every show on Broadway this season. NPR's Scott Simon talks with Chai about what she loved, what she hated and what's likely to make the Tony cut.

When Tonys Tap Faves, Look For These Names 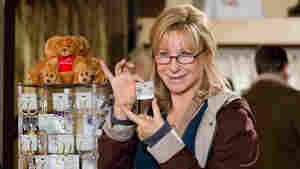 Barbra Streisand is Joyce Brewster in The Guilt Trip. The multitalented performer has won an Oscar, an Emmy, a Grammy and a Tony — a feat achieved by fewer than a dozen artists. Sam Emerson/Paramount Pictures hide caption

April 26, 2013 • Singer, actor, writer, director and producer Barbra Streisand plays a well-meaning if overbearing Jewish mom in The Guilt Trip. The star says her own mother both encouraged her talents and was jealous of them. 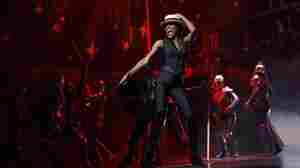 'Pippin' Revival Is A Circus Of A Show

April 25, 2013 • The smash-hit '70s musical, which made a name for Wicked composer Stephen Schwartz, gets a shiny new production set at the circus — with real-life acrobats and Broadway pros alike in the center ring.

'Pippin' Revival Is A Circus Of A Show 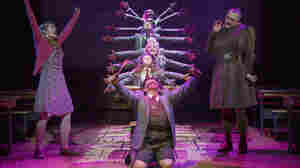 The Broadway musical Matilda put NPR's Bob Mondello in mind of two other big-budget tuners with plucky kids at the center of the action — and got him thinking about what these shows say about their eras. Joan Marcus hide caption

On Broadway, One Runt To Rule Them All

April 24, 2013 • Bob Mondello looks at Broadway's new child-friendly musical Matilda through the prism of his very first commentary for NPR 29 years ago today — a piece about how Annie was really Oliver! in drag.

On Broadway, One Runt To Rule Them All 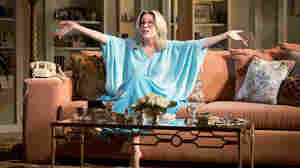 Bette Midler in I'll Eat You Last: A Chat With Sue Mengers. Midler stars as Mengers, a legendary and larger-than-life Hollywood agent whose sharp wit won her both friends and foes in the film industry. Richard Termine/BBBway hide caption

April 21, 2013 • The Divine Miss M has had a colorful career, but even she's not as outsize a personality as larger-than-life Hollywood superagent Sue Mengers, whom she portrays in the new solo show I'll Eat You Last. Midler spoke with NPR's Rachel Martin about the role, her career and her love of classic Hollywood. 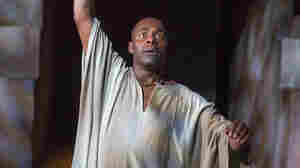 A 'Caesar' With An African Accent

April 12, 2013 • The plays of William Shakespeare are known for their enduring universality, so the Royal Shakespeare Company's new production of Julius Caesar -- set in a chaotic African dictatorship, with an all-black cast — makes a certain sense.

A 'Caesar' With An African Accent 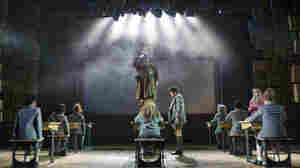 April 11, 2013 • Roald Dahl's beloved children's novel is set to hit the stage as a Broadway musical. The musical's creators say the show skews closer to the beloved book than to Danny DeVito's 1996 movie, leaning more on the original's naughty charm.

April 11, 2013 • In his new one-man show, American Utopias, award-winning monologist Mike Daisey ties together three unlikely places: Disney World, Zuccotti Park — the home base of the Occupy Wall Street movement — and the annual arts event Burning Man. He talks the production and his search for his own utopia.

April 11, 2013 • The Mountaintop is an award-winning play about the night Dr. Martin Luther King, Jr. died. But some critics don't love playwright Katori Hall's portrayal of the civil rights icon as a regular guy. Hall tells host Michel Martin why she found it important to focus on the man, not the myth.

April 9, 2013 • Tell Me More celebrates National Poetry Month with the 'Muses and Metaphor' series — where listeners submit their own poems via Twitter. Today's tweet comes from former Social Security Commissioner Michael Astrue, who not only has a fondness for crunching numbers, but is also a published poet.

April 8, 2013 • D.L. Hughley is an actor-comedian, and currently a top 10 competitor on Dancing With The Stars. For Tell Me More's 'In Your Ear' series, he shares some favorite songs that he calls 'savory and sweet' — including an unlikely pick, a folk song that makes him think of his parents. 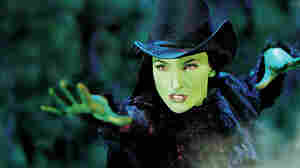 Willemjin Verkaik is the latest leading lady to play Elphaba, the misunderstood green girl who grows up to become the Wicked Witch of the West in Broadway's long-running Wicked. She has also played the role in Dutch and German in Europe. Bankhoff-Mogenburg hide caption

April 6, 2013 • These days, a hit show can run not just for years but for decades. So how do you keep it fresh for new audiences? Reporter Jeff Lunden talks to people who work on three of Broadway's biggest hits to find out.

April 4, 2013 • The Humana Festival of New American Plays is a major event in the theater world. More than 400 plays by some of the world's top playwrights have made their world premieres there since Actors Theatre of Louisville founded it in 1976. And every year Actors Theatre commissions a play specifically for the company's apprentice actors. This year's apprentice show, Sleep Rock Thy Brain, is a suite of three one-acts that all use brain research and stage flying effects to explore the experience of sleep and dreams. 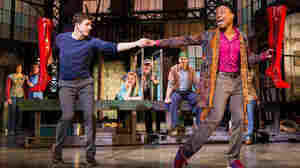