July 28, 2018 • Pain has long been at the root of great comedic material, and it was no different at this year's annual Just For Laughs Festival in Montreal. 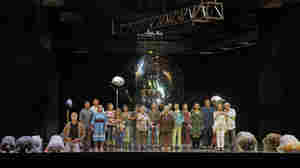 The 'Downwinders' From Atomic Testing Get Deserved Attention

July 28, 2018 • The Santa Fe Opera is inviting "downwinders," locals affected by radiation from the testing of the first atomic bombs, on stage during performances of "Dr. Atomic."

The 'Downwinders' From Atomic Testing Get Deserved Attention 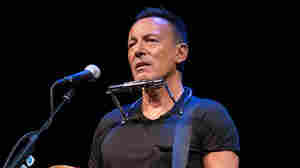 Bruce Springsteen, performing in "Springsteen on Broadway" in an undated photo. Rob DeMartin/Courtesy of the artist hide caption

July 18, 2018 • The Boss' Tony-winning, autobiographical, one-man stage show is coming to the streaming platform in December.

July 13, 2018 • The Muppets have their first full-length European show this weekend in London. Kermit did an interview with the BBC and talked about his romance with Miss Piggy. 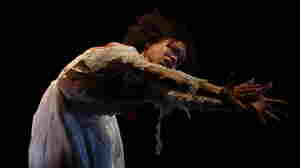 Dancer Preserves The Work Of Black Choreographers, In One Video At A Time

July 8, 2018 • When she was in her 20s, dancer Gesel Mason started emailing choreographers she admired, asking them to create a solo for her. To her surprise, many of them said yes.

Dancer Preserves The Work Of Black Choreographers, In One Video At A Time 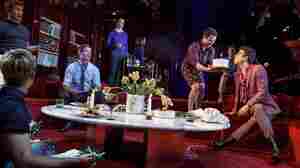 Fifty years after it was first staged, The Boys in the Band is finally playing on Broadway, with an all-gay cast including several film and TV stars. Joan Marcus/Polk and Co. hide caption

A Stage Revival, And 50 Years Of Survival, For 'The Boys In The Band'

July 4, 2018 • Ever since Mart Crowley's play about a gay male life premiered off-Broadway in 1968, much of the original cast and crew has died of AIDS. A new, star-studded production acknowledges that history.

A Stage Revival, And 50 Years Of Survival, For 'The Boys In The Band' 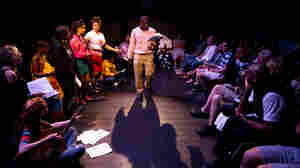 Musical 'East Of The River' Examines A Gentrifying Anacostia

June 30, 2018 • Set amid a theoretical debate about a potential Whole Foods arriving in the historically underserved Washington, D.C. neighborhood, the musical looks at the good and the bad of gentrification.

Musical 'East Of The River' Examines A Gentrifying Anacostia

A Father Feared For His Son's Life, So He Joined Him On The Street

June 23, 2018 • A San Diego father believed his son, a heroin addict, was on the verge of dying, so he flew to Denver and lived on the street with him for a week, foraging for food and sleeping in parks.

A Father Feared For His Son's Life, So He Joined Him On The Street 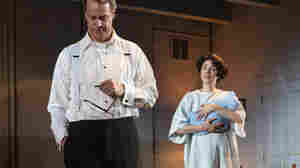 June 14, 2018 • The new play Fall tells the story of playwright Arthur Miller's son, Daniel, who was born with Down syndrome and was institutionalized as an infant. His parents never publicly acknowledged him. 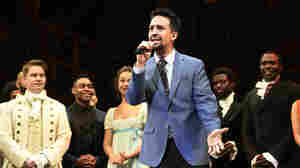 Lin-Manuel Miranda addresses the audience on the opening night of the Los Angeles run of the show in August 2017. Chris Pizzello/Invision/AP hide caption

June 13, 2018 • Playwright Lin-Manuel Miranda has promised to play the lead in a January 2019 production. 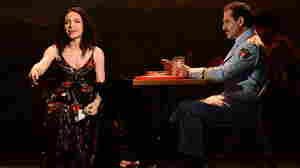 June 11, 2018 • The Tony Awards paid off for The Band's Visit, Harry Potter and the Cursed Child, the Angels in America revival and a scrappy theater kid named Bruce Springsteen. 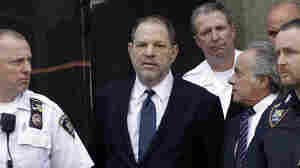 June 10, 2018 • The new agreement will limit professional meetings in off-site locations, and aims to change industry culture as the #MeToo movement has transformed conversation around sexual harassment and assault.