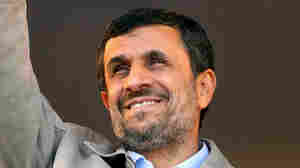 November 30, 2011 • Iran may soon face economic measures tougher than anything it has encountered before: The U.S. Congress is considering sanctions against the central bank of Iran, with the likely effect of limiting Iran's oil exports. But some analysts say the move could lead to a dangerous spike in oil prices. 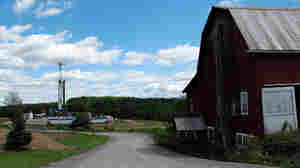 A Debate Over Who Regulates Gas 'Fracking' In Pa.

November 30, 2011 • As the natural gas industry booms in Pennsylvania, drillers are encountering a hodgepodge of local rules on hydraulic fracturing, or "fracking." State lawmakers are considering changes that would limit the way a local community regulates what happens in its own backyard.

A Debate Over Who Regulates Gas 'Fracking' In Pa. 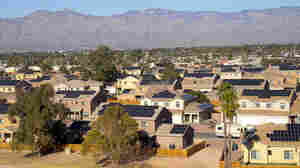 SolarCity has received financing from Bank of America Merrill Lynch to install solar electricity systems on houses on military bases, like one here at Soaring Heights Communities at Davis Monthan Air Force Base outside Tucson, Ariz. Lend Lease hide caption

November 30, 2011 • SolarCity says it will install solar systems on the roofs of up to 120,000 military homes, with financing coming from Bank of America Merrill Lynch. It's the first time a project of this scale has been launched without the federal government basically co-signing the loan. 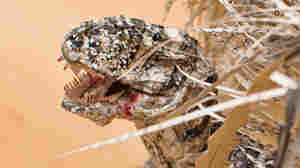 November 30, 2011 • Ten were promised and 10 were found, but it's still an unsolved mystery: who's been leaving intricate paper sculptures across Edinburgh?

November 30, 2011 • A 2009 White House memorandum protects federal scientists from political interference. But a watchdog group alleges that federal officials allowed politics to affect the design of a scientific study — exactly the sort of abuse the directive was designed to prevent. 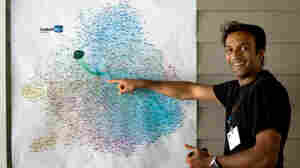 DJ Patil explains a visualization of a person's LinkedIn network, where different groups of contacts are illustrated by different colors. Patil developed big data projects for LinkedIn — like algorithms to determine whom you might know. He now recruits mathematicians for a venture capital firm. Joi Ito/Flickr hide caption

The Search For Analysts To Make Sense Of 'Big Data'

November 30, 2011 • Businesses' desire to make sense of vast troves of data means mathematicians are in high demand, creating a recruiting war for talented analysts. DJ Patil, a "big data" expert who now recruits for a venture capital firm, compares raw data to clay: shapeless until molded by a gifted mathematician.

The Search For Analysts To Make Sense Of 'Big Data' 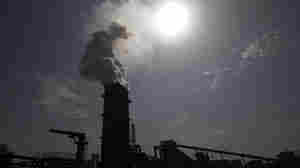 Key provisions of the Kyoto Protocol expire in December of 2012, and experts say there's no real global framework in place to replace the treaty that was supposed to be the first step toward ambitious actions on climate change. Above, a coal-fired power plant in eastern China. China is now the leading carbon dioxide emitter in the world. AFP/Getty Images hide caption

What Will Become Of The Kyoto Climate Treaty?

November 29, 2011 • The 1997 treaty was supposed to be a first step toward more ambitious actions on climate change. But it's now on the brink of fading into irrelevance as unified, global actions on climate policy have been almost nonexistent.

What Will Become Of The Kyoto Climate Treaty? 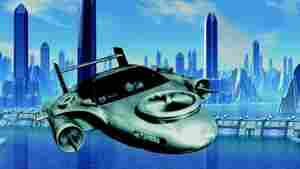 November 29, 2011 • Theoretical physicist Michio Kaku describes some of the inventions he thinks will appear in the coming century — including Internet-ready contact lenses, space elevators and driverless cars — in his book Physics of the Future. 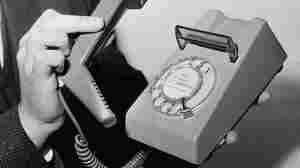 What I Still Hear: Sounds That Have Disappeared

November 29, 2011 • The sounds in our heads are the products of our lives: the tunes we loved, the ads, the jingles, the noises that poured out from the appliances and the living spaces around us. Here are 12 sounds of the times: 6 old and 6 new, to mix and remix. What are the sounds of your life? 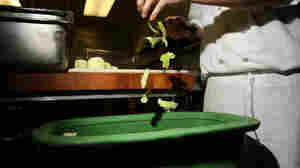 November 28, 2011 • Up to now, food waste hasn't been a big priority for Unilever, though it's one of the central flaws in the global food system. Now, the company is realizing that it's a big concern among diners.

November 28, 2011 • Smart electric meters are being installed in homes across the country. The wireless devices replace old meters and transmit electricity usage data wirelessly to utilities. But there are concerns about accuracy and safety. Guy Raz talks to David Baker, energy reporter at the San Francisco Chronicle, for more. 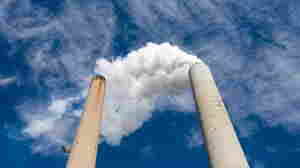 The U.S. is second only to China in emitting gases that cause global warming. Above, the smoke stacks at American Electric Power's Mountaineer power plant in West Virginia. Saul Loeb/AFP/Getty Images hide caption

Ahead Of Climate Talks, U.S. Leadership In Question

November 28, 2011 • A presidential pledge to reduce emissions two years ago went nowhere in Congress. Today, the U.S. is spewing more carbon dioxide than ever into the atmosphere. Without meaningful U.S. action on emissions, a global pact seems unlikely to emerge from U.N. climate talks under way in Durban, South Africa.

Ahead Of Climate Talks, U.S. Leadership In Question

November 27, 2011 • A 71-year-old amnesiac in Germany has become well known in medical circles there. Even though the patient has lost nearly all memory of his past and has difficulty planning anything in the present or for the future, new research shows the former concert cellist is still able to learn new music. Audie Cornish speaks with Dr. Carsten Finke, a neurologist at The Charite university hospital in Berlin, about the unique patient. 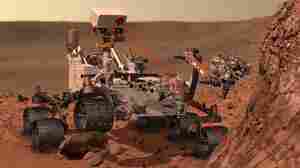 The compact car-sized Mars Science Laboratory is due to land on the red planet on Aug. 6, 2012. It is equipped with a suite of instruments to study rocks and soils, and take other measurements. NASA/JPL-Caltech hide caption

November 26, 2011 • Launched Saturday morning, the six-wheeled Mars Science Laboratory boasts a suite of high-tech instruments to study the planet's geology. It will land on the planet in August 2012, lowered gently to the surface on a cable by a rocket-powered helicopter.

Why Do We Give? Not Why Or How You Think

November 25, 2011 • New findings in the science of charity reveals some counter-intuitive results. For instance, people will give more money to a single suffering person than to a population of suffering people, and also give more when some type of physical discomfort — for example, running a marathon — is involved.

Why Do We Give? Not Why Or How You Think