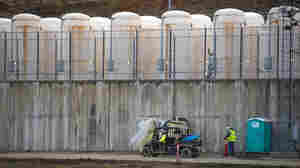 Once it is safe to remove the spent fuel from the pool, it's stored outside in metal casks. They are lined up on a concrete base, behind razor wire and against a hillside near the power plant. Olivia Sun/NPR hide caption

As Nuclear Waste Piles Up, Private Companies Pitch New Ways To Store It

April 30, 2019 • Nuclear power plants around the country are running out of room to store spent fuel. Federal plans for a permanent disposal site are stalled, so private companies come up with their own solutions.

As Nuclear Waste Piles Up, Private Companies Pitch New Ways To Store It 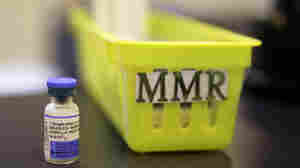 MMR — the modern combination vaccine against measles, mumps and rubella — provides stronger, longer-lasting protection against measles than the stand-alone measles vaccine typically given in the U.S. in the early 1960s. Eric Risberg/AP hide caption

Measles Shots Aren't Just For Kids: Many Adults Could Use A Booster Too

April 29, 2019 • With U.S. measles cases at record highs, doctors say adults who got vaccinated prior to 1968 should consider getting revaccinated to make sure they and their neighbors are protected.

Measles Shots Aren't Just For Kids: Many Adults Could Use A Booster Too 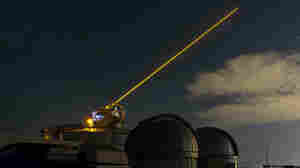 The Jasons, a group of scientists who advise the U.S. government, have developed technologies such as a laser that can help reduce atmospheric distortion. The Air Force uses it to better photograph passing spy satellites. R. Fugate/Air Force Research Laboratory hide caption

April 25, 2019 • The 60 or so members of the Jasons are normal academics by day. But each summer, they come together to study tough problems for the military, intelligence agencies and other parts of the government. 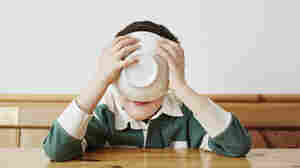 The cereal ads we saw when we were 5 years old can still influence our buying decisions at 50. Phillip Waterman/Getty Images/Cultura RF hide caption

This Is Your Brain On Ads: How Mass Marketing Affects Our Minds

April 25, 2019 • How many ads have you encountered today? On this week's radio show, we discuss the insidiousness of advertising in American media.

This Is Your Brain On Ads: How Mass Marketing Affects Our Minds 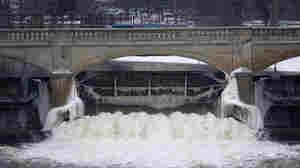 Water from the Flint River flows through the Hamilton Dam. In 2014, the city switched from Detroit's water system to the Flint River, setting the stage for a crisis that sickened residents and cost the mayor and other officials their jobs. Paul Sancya/AP hide caption

5 Years After Flint's Crisis Began, Is The Water Safe? 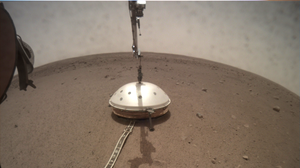 NASA's InSight Probe May Have Recorded First Sounds Of Marsquake

April 24, 2019 • A NASA probe called InSight is on Mars listening for marsquakes and it seems it has detected the first sounds of a quake, probably.

NASA's InSight Probe May Have Recorded First Sounds Of Marsquake 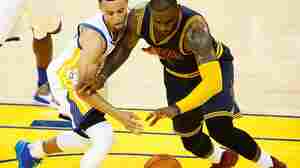 April 24, 2019 • Are players just pretending to be so certain the ball is out on their opponent? Or could there be a difference in how they experience the event that has them pointing a finger at the other player? 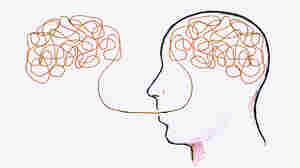 Decoded Brain Signals Could Give Voiceless People A Way To Talk

April 24, 2019 • Scientists have found a way to transform electrical signals in the brain into intelligible speech. The advance may help people paralyzed by a stroke or disease, but the technology is experimental.

Decoded Brain Signals Could Give Voiceless People A Way To Talk 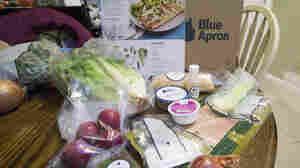 April 22, 2019 • While it may seem that heaps of plastic from meal kit delivery services make them less environmentally friendly than traditional grocery shopping, a new study suggests that's not necessarily true. 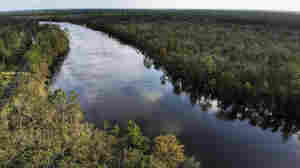 Parts of the Cape Fear River near Fayetteville, N.C., are contaminated with a PFAS compound called GenX. The North Carolina Department of Health and Human Services is surveying residents in the area about their health. Mark Wilson/Getty Images hide caption

April 22, 2019 • PFAS are a family of chemicals accumulating in the soil, rivers, drinking water and the human body. How much exposure to these substances in clothes, firefighting foam and food wrap is too much?

Former Astronaut On Watching For Life-Destroying Objects From Space

April 21, 2019 • NPR's Lulu Garcia-Navarro talks to former astronaut Ed Lu, who co-founded a planetary defense nonprofit, about a meteor that exploded with the energy of 10 atomic bombs over the Bering Sea.

Former Astronaut On Watching For Life-Destroying Objects From Space 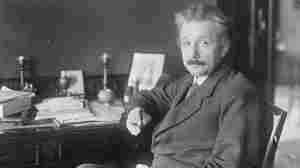 April 19, 2019 • A century after the birth of quantum mechanics, no one is sure what it is telling us about the nature of reality — and Lee Smolin's book adds to a stream of excellent works on the topic.