Chief Climate Negotiator Warns Against Consequences Of Leaving Paris Accord

May 31, 2017 • NPR's Ari Shapiro talks with Todd Stern, former United States special envoy for climate change, about President Trump's likely withdrawal from the Paris climate accord. Stern led the negotiations for this deal.

Chief Climate Negotiator Warns Against Consequences Of Leaving Paris Accord

May 31, 2017 • A paper published in Nature by the world's top scientists says climate change is making irreversible changes to the world's coral reefs, and the role before governments is to steer coral reefs in a way that maintains their biological functions.

President Trump Expected To Make Decision On Paris Climate Accord

May 31, 2017 • President Trump is expected to make a decision regarding whether or not the U.S. will pull out of the Paris climate accord. NPR takes a look at the potential political and environmental impacts of leaving the agreement.

President Trump Expected To Make Decision On Paris Climate Accord 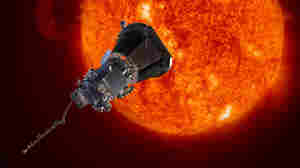 May 31, 2017 • The small spacecraft is set to hurtle toward the sun at about 450,000 miles per hour. Scientists hope it will clear up some big mysteries, such as why the sun's atmosphere is hotter than its surface. 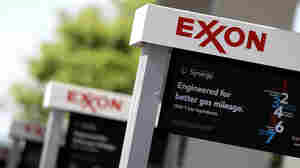 The Exxon Mobil shareholder vote is seen as a victory for environmental activists and one that is aimed at getting the company to consider "material risk," according to The Dallas Morning News. Mark Humphrey/AP hide caption

May 31, 2017 • In a victory for environmental activists, investors have passed a nonbinding proposal calling for Exxon Mobil to publicly examine how efforts to cut greenhouse gases would affect its bottom line. 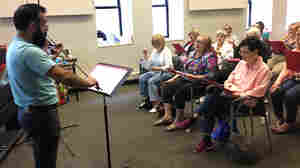 Most of the people in a choir at Ryerson University in Toronto have joined a study testing how practicing music might help people with hearing loss handle noisy environments better. Andrea Hsu/NPR hide caption

May 31, 2017 • Researchers in Toronto are studying whether singing in a choir and practicing pitch can help hearing-impaired people function better in noisy environments. 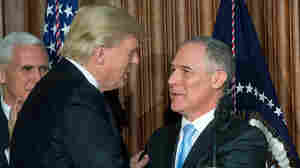 Trump Has Multiple Escape Routes From Paris Climate Accord

May 31, 2017 • President Trump is nearing a decision on whether to pull out of the Paris climate agreement and has been meeting this week with competing voices in his Cabinet. 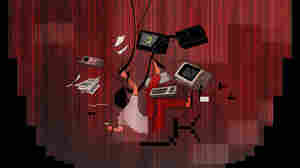 May 31, 2017 • In the late summer of 1982, one man worked around the clock to program the video game version of Steven Spielberg's E.T. in just five weeks. The result wasn't pretty. 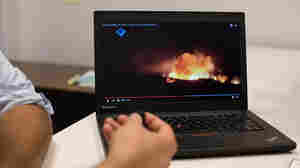 Mohammad Al Abdallah, the executive director of the Syria Justice and Accountability Centre, shows a video that was posted to YouTube of illegal cluster bombing in Syria. Meredith Rizzo/NPR hide caption

May 31, 2017 • A human rights group finds itself with an interesting problem — an overwhelming number of videos to catalog as it builds legal cases. Computer scientists are creating tools to analyze the videos.

May 30, 2017 • A concerned University of Wisconsin, Milwaukee art instructor challenged her students to construct insect motels out of natural, untreated materials. Each motel must provide an appropriate habitat for a particular insect and attract human interest too, as each has a QR Code with information about why that bug or bee matters in nature and needs to be nurtured. Nearly 100 are installed in a state park overlooking Lake Michigan in downtown Milwaukee. 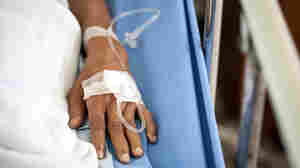 May 30, 2017 • Some states dictate how doctors must treat this life-threatening reaction to infection, and early intervention is helping. But scientific evidence may be changing too rapidly for the rules to keep up.

Predicting A Hurricane's Intensity May Have Gotten Easier

May 30, 2017 • Forecasters have had a great track record telling people about a hurricane's path. What continues to vex meteorologists is predicting how strong the storm will be — but that might be changing.

Predicting A Hurricane's Intensity May Have Gotten Easier 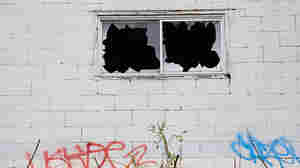 How A Theory Of Crime And Policing Was Born, And Went Terribly Wrong

May 29, 2017 • Decades ago, researchers introduced a new theory of policing. It's called "broken windows" and is seen by many as a cure-all for crime. But the idea is often used in ways its creators never intended.

How A Theory Of Crime And Policing Was Born, And Went Terribly Wrong 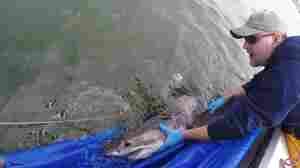 May 29, 2017 • Why have dozens of great white sharks turned up around Southern California beaches recently? Finding the answer led to a close-up view of a baby great white shark — and the researcher who caught her. 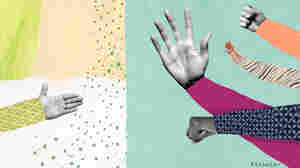 Handshake-Free Zones Target Spread Of Germs In The Hospital

May 29, 2017 • Hospital-acquired infections can be life-threatening, and unwashed hands are often to blame. One hospital in California thinks banishing handshakes could help reduce infections.

Handshake-Free Zones Target Spread Of Germs In The Hospital