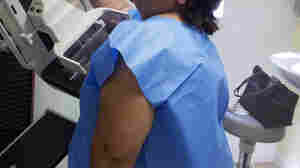 For women who carry certain genes, getting a double mastectomy before anything shows up on a mammogram may reduce breast and ovarian cancer risk. Damian Dovarganes/AP hide caption

August 31, 2010 • Women carrying the BRCA1 and BRCA2 genetic mutations for breast cancer could benefit from having double mastectomies before they develop cancer. "We found mastectomy provided huge risk reduction of subsequent breast cancer diagnosis and death," says the author of a new study.

August 31, 2010 • Scientists have long known about the link between severely premature birth and cerebral palsy, a condition that limits mobility and movement.  But a new study shows that children born just two or three weeks before term also have a higher risk of the condition. 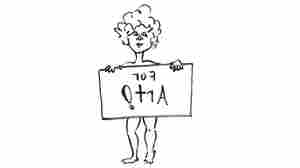 August 31, 2010 • Mary Poppins and a striptease artist have something in common: They failed at true reversal. But not for the reasons you think. 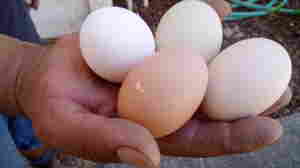 Eggs themselves are remarkably resistant to germs like salmonella. The shell and proteins in the egg white normally do a good job of fending off pathogens. But eggs laid by a bird infected with salmonella will likely be infected, too. Courtesy of John Ingraham hide caption

With Salmonella, It's A Chicken-Or-Egg Conundrum

August 31, 2010 • Eggs have been getting a bad rap lately as the number of people being made sick by eggs contaminated with salmonella continues to rise. But eggs themselves -- if they come from a healthy bird -- are remarkably resistant to contamination.

With Salmonella, It's A Chicken-Or-Egg Conundrum 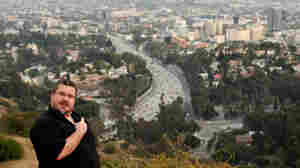 Shaun Parker moved from Menasha, Wis., to Los Angeles to pursue a career in film nearly 20 years after his initial plans were derailed by an illness in the family, but he never lost the determination to craft his own life story. At the end of his life, Parker says, he wants to be able to say, "I was part of something that moved you." Katie Falkenberg for NPR hide caption

August 31, 2010 • Shaun Parker moved from Menasha, Wis., to Los Angeles to pursue his dream to work in film. After nearly two decades of setbacks and stalling, Parker began crafting a new life story -- one that got a kick-start with an appearance at the storytelling series Mortified.

August 31, 2010 • Federal health inspection reports released Monday show numerous violations at the egg factories involved in the massive egg recall this month. There was considerable evidence of rodent infestations and other unsanitary conditions. The Food and Drug Administration said it's unclear whether the level of violations was greater than what might be expected at a large operation like this.

Through the lens of evolution, a belief in God serves a very important purpose: Religious belief set us on the path to modern life by stopping cheaters and promoting the social good. iStockphoto.com hide caption

Is Believing In God Evolutionarily Advantageous?

August 30, 2010 • In the history of the world, every culture in every location at every point in time has developed some supernatural belief system. And believing in God may have been evolutionarily advantageous to humans as it provided a framework for promoting social good.

Is Believing In God Evolutionarily Advantageous? 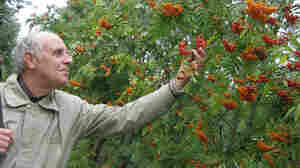 Leonid Burmistrov, a researcher at the Vavilov Institute of Plant Industry, stands amid orange "sorbus" or "mountain ash." This fruit and others could be destroyed if the Russian government sells the land in the village of Pavlovsk. David Greene/NPR hide caption

Researchers Fight To Save Fruits Of Their Labor

August 30, 2010 • A Russian court has cleared the way for the government to sell off land used by a world-renowned fruit research center outside St. Petersburg. Scientists say losing the facility means losing seeds and plants that exist nowhere else. But a Russian agency says much of the research center occupies weed-choked fields that would be the perfect spot for new houses.

Researchers Fight To Save Fruits Of Their Labor 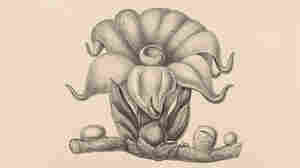 The Largest Animals and Plants in the World

When The Levees Broke: The rate of suicide in 2008 and 2009 in Orleans Parish was about twice as high as it was the two years before the levees broke.  Above, the 17th Street Canal Levee. Mario Tama/Getty Images hide caption

August 30, 2010 • Five years after Hurricane Katrina, trauma and stress still play a part in the emotional lives of New Orleans residents. The evidence: In 2008 and 2009, the suicide rate in Orleans Parish was twice as high as it was the two years before the levees broke. 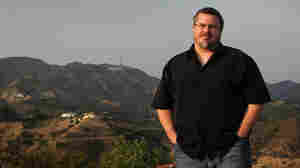 Natural-Born Storyteller? Shaun Parker moved from Menasha, Wis., to Los Angeles nearly 20 years after an illness in his family put his adolescent dreams on hold. "I liked the idea that I was meant to be something more," Parker says. "I always said that we're kind of the sum total of the decisions we make in life, and I just felt like I could very easily make the decisions that lead me away from that path of being more, whatever it is." Katie Falkenberg for NPR hide caption

Our Storied Lives: The Quest For 'Something More'

August 30, 2010 • Humans have been telling stories ever since we began talking. This ability to craft narratives helps us shape our lives and our interactions with others and, says one neurologist, pushes us to excel and give life meaning.

Our Storied Lives: The Quest For 'Something More'

August 28, 2010 • The survival of the 33 miners trapped in Chile will depend largely on their mental and physical ability to live for months in a confined space, with no fresh air, privacy or sunlight and limited food and water. Host Scott Simon talks with Larry Palinkas about mental and physical challenges for the miners. 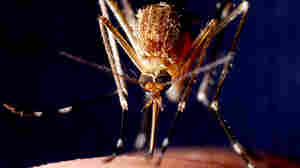 New research sheds light on how to repellents keep her from biting. Christopher Badzioch/iStockphoto.com hide caption

DEET Is No Tasty Treat For Bugs

August 27, 2010 • Researchers looking at how the insect repellents DEET and citronella work has uncovered clues that could spur development of new kinds of chemicals to shoo away bugs. 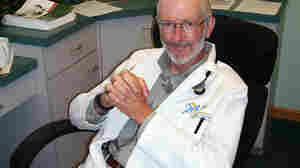 In the future, physician assistants like Jim Love could could be playing a bigger role in primary care. Julie Rovner/NPR hide caption

David Schulte, a marine biologist with the U.S. Army Corps of Engineers, is trying to engineer a recovery for Chesapeake Bay oysters. He has developed a small reef area to provide a habitat for oysters in one of the bay's tributaries. Elizabeth Shogren/NPR hide caption

Shelling Out For A Chesapeake Bay Oyster Comeback

August 27, 2010 • Chesapeake oysters are a succulent treat that for centuries have been loved almost to extinction.  But some scientists and business people are making headway in bringing back the bivalve, for the sake of oyster lovers and the bay.

Shelling Out For A Chesapeake Bay Oyster Comeback